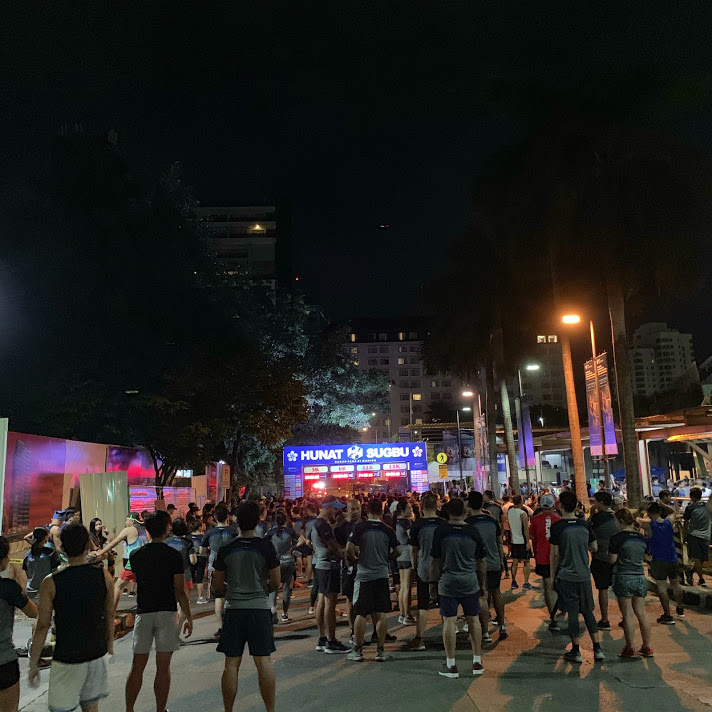 This is the 9th edition of Hunat Sugbu. Cebu Parklane International Hotel’s Hunat Sugbu is one of the running events that I look forward to, and join every year. And, I guess, I’m not alone with that sentiment; it’s definitely also the favorite of the rest of the Cebu running community for it to last for 9 years.

I had run it alone, with friends, alone, with friends, with the husband, with strangers which became running friends, etc. But this time, few kilometers into the 12KM category, I realized that it’s the first time I ran it with my eldest child. It’s not his first fun run event, but it was the first time that we ran alongside each other from start to finish. It was not totally alongside because I was tailing him from behind…

Running behind him made me feel I’m really getting old. When I started running, he was just a toddler. They were these tiny babies sleeping while I would go out to do my morning run, to feel the sun. Now, he’s with us early in the morning, out in the roads, catching some sun.

Tailing behind him and the husband throughout the run makes me think how my role in their life has been. This is already a “mommy woe…” I kind of hate (hate is such a strong word but you know what I mean…) that I have to, most of the time, to always give way and take the back seat so they can do their thing. But running behind them on a beautiful morning, hey, what I was complaining about?!?

“Grow Old With You” song was humming inside my head throughout the course of Hunat Sugbu.  Aside from other special people, I’m happy to have running to grow old with. (It can be other activity for others.) I wish I had met running earlier in my life.

I don’t know how will my kids place running (or maybe another activity) in their lives. I wish they can see running as a “place” they can find solace and comfort when things can get too chaotic for them, or simply just a way for them to feel the sun.

Now, I wonder who will I be tailing in the coming Hunat Sugbu editions. =)