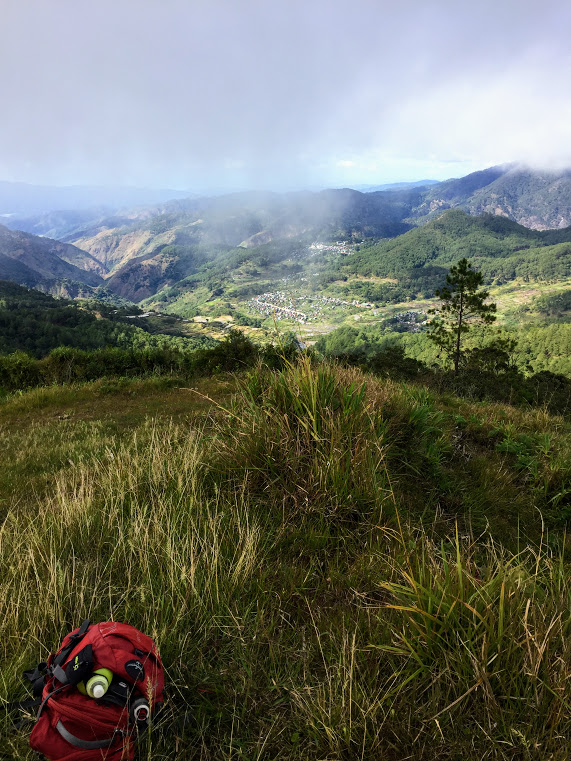 Like when we went to Sagada, because it’s mountains, I was thinking that its main attraction would be trekking, mountains, and such. Of course, trekking and mountains are default of Sagada like duh it’s Mountain Province. But I mean that since it’s their very nature, they’re not really considered a “tourist” thing to do.

The main draw of Sagada is actually “caving.” I only realized that when we were there. And, I’m not really fan of caving. I don’t think I’m claustrophobic. I’d been once to a cave in Camotes, and it creeped me out the whole time I was down there. From then on, “cave” was totally exed out from my to-do list.

I realized that I’m not a “bottom” person. The closest I went down to a cave in Sagada was up to the entrance of the cave.

Another main thing in Sagada is “ROCK.” It’s like all sorts of businesses have “ROCK” in their names.

Going around Sagada, you will find randomly beautiful rock formations. I guess that’s where the “Rock” comes from.

Since there’s no way that I would do caving, so we decided to trek the highest peak of Sagada, Mt. Ampacao, before leaving. There’s a vague rule if having a “guide” is required or not in Sagada. I have no problem of hiring a guide, but I didn’t/don’t want the pressure of having another person looking after me.

It’s just a short trek, less than 2KM, to the peak but it’s uphill whole through out but it’s not that crazy steep uphill so just enjoy the route. Following are some photos along the way:

We encountered this “fence” on our way. I guess this was meant for the cows, which you will encounter later in the trek. So we just hopped around. it.

Except for 2 foreigners going down from the peak, we did not encounter any other humans along the way.

After some time of trekking up hill, you will reach a wide grassy space where cows roam. They call this place “the ranch.” I could not help but think that maybe this is how New Zealand looks like. =)

We took time to chill reaching this place. We could end the trek here but this was not the peak of Mt. Ampacao yet. I was glad to just end the trek here, but Mark insisted we go to the peak.

The distance to the peak is actually just very short. It’s probably just 200M or less, but it felt like it was all straight up standing 200M so it was a struggle for me. Plus, the path was not clear; it was all bushy. At that time, it looked like that it’s a place not frequented by people.

Insert drama: I stopped in this area, and let Mark continue to trek to the peak. I was really scared. It was hard to see the trail path ahead. I was not sure if my feet were still on top of “earth” or was already on top of just bushes with nothing below.

Anyhow, after sitting for a few minutes, I got bored. I picked myself up, and trekked on. Then, I found myself sitting on top of the highest peak of Sagada. =)

It was less scary going down as I already experienced the trail path.

When we were back at the ranch area, I took longer time to just chill…

… and eat pichi-pichi because post-trek treat! =)