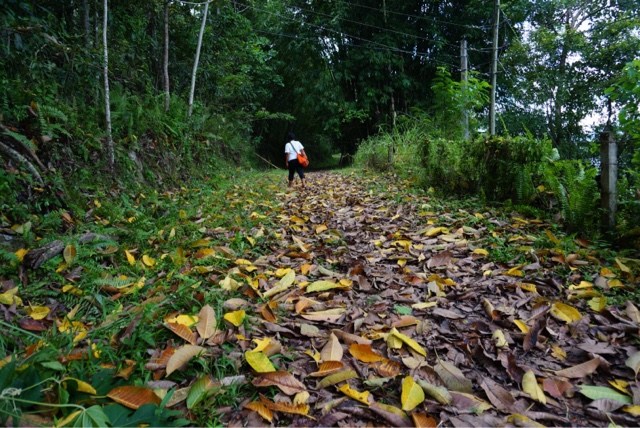 I got a nice Bukidnon coffee beans from Coffee Madness weeks back, and I got nostalgic of the place. So I dug up some old photos from the last time I had the chance to be there. This is a major throwback post so the place might be totally look different now.

We were there to join a trail run in 2016 but Mark got injured as usual blahblahblah so we’re not able to join the event. As such, we ended up with a few days of nothing to do. Being surrounded with unlimited trails and mountains in Bukidnon, it was such a sad thought to be just stucked. So to make the most out of it, we picked a few places to go which did not require much use of feet.

One of those places was Musuan Peak as we’re staying in Valencia. It’s main entrance / trail head is just across Central Mindanao University so it’s very easy to locate. (You can read this blog post, Musuan Peak: The Most One,  for a more detailed information on how to find it >>.)

The “peak” in Musuan Peak made it sound intimidating at first but it was a pretty easy fast trek. And, I really had to trek it fast because Mark was just waiting for me at the trail head because his injury made it too painful for him to walk.

If I could remember it right, it’s only 2.5KM one way so a total of 5KM out and back. Definitely, there’s not much drama. =)

So here’s a mini photo dump from that quick peek of Musuan Peak.

The starting point for the trek.

The path all throughout was a wide dirt road, no steep ascent, no scary downhills, so no need for any special gear. =)

The view along the way…

Reaching the peak can be anti-climatic because there’s a tower there but just skirt around to get a spot that has a good view.

And for the most important part, the post-trek food trip at Manna x Quail.