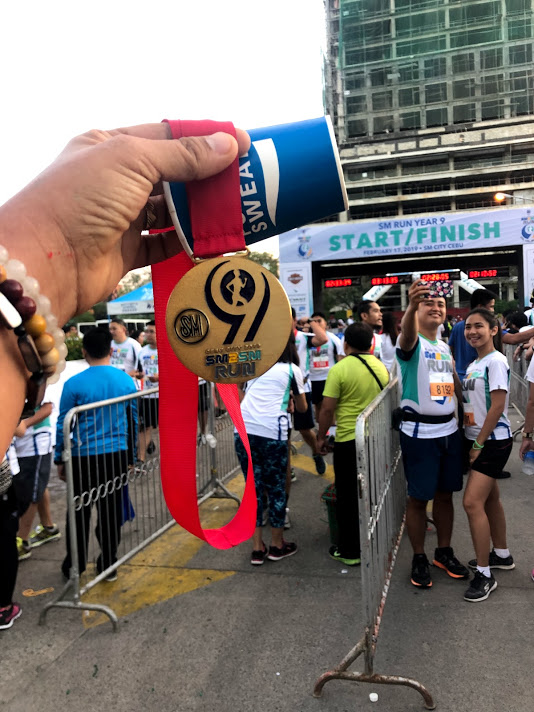 I don’t know what’s the equivalent of “tuhog” in English, but it’s like “stringed” or skewered like the meat in a barbecue stick. In fun run, “tuhog” is when you overtake the runners who were ahead of you on the later part of the race.

I’m the least competitive in fun runs. If you want to race with me on fun runs, you’ll just get frustrated of trying because I will let you go ahead.

But in SM2SM 2017, the “tuhog” challenge started with these 2 running friends (originally, they’re 3). It started with me trying to join them by matching their pace; they were doing run-walk intervals. Then they zoom ahead of me, but then I caught up with them in the later stretch of the race, and ended up finishing ahead of them. They then (jokingly) accused me of “tuhog-ing” them; like I was trying to deceive them by I pretending to be slow.

From then on, we would bade each other goodbye after fun runs by saying, “Kita ta sunod fun run. Tuhogon na sad ta mo.”

I’m proud to say that I “tuhog” them on a few fun runs but not this SM2SM 2019. But I’m happy to be “tuhog.” It’s nice to see running friends improve. 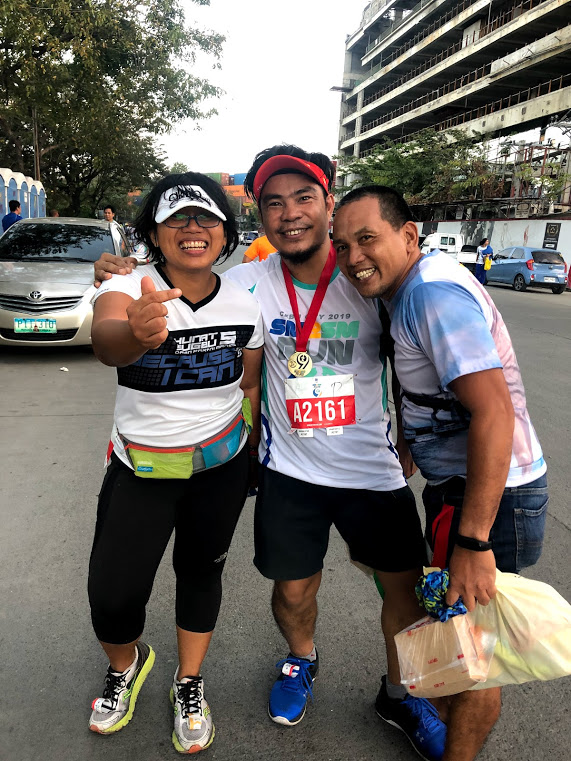 Other random photos during SM2SM 9 from my phone:

I so badly missed this “maniniyot!” Thank you, Megawear, for bringing this maniniyot on the road!

Can there be more Taho boys during fun runs please? =)

To the aid station crew, mwahmwahmwah!