The first time we got to be in Hong Kong years ago, one of the first purchases we made was “THE SERIOUS HIKER’S GUIDE TO HONG KONG” by Peter Spurrier, which we randomly saw in one of the small bookstores we stumbled upon. Since then, it has shaped / influenced how we explore Hong Kong. Hong Kong has then always been nature trail parks, over theme parks, for us. Well, it’s a cool excuse of not being able to afford the pricey tickets of theme parks. =)

If you come from our beloved Philippine country where maintained / marked trail parks are non-existent, meeting the trail system of Hong Kong is just WOWWW! Definitely, we are NOT short of beautiful trails here, but how organized and maintained HK’s trail parks is such a big treat for any one who loves nature and trekking.

It made me think that countries who have efficient public mass transport would also reflect on how they maintained their trail parks system.

Tram / Ding-ding, my favorite choice of transport. It’s slow, but not boring for me.

So here’s some throwback photos to the first ever trail park we got to trek in Hong Kong years ago at SHEK O COUNTRY PARK, or it’s more popularly called DRAGON’S BACK. This is part of Section 8 of Hong Kong Trail. I don’t know if the trail heads / starting point in Hong Kong are near or far but they all seem near, and it’s because of their efficient transport system. It took us train and bus rides to get to the starting point of Shek O park. So I guess it was FAR from where we were staying but then commuting was easy, we were not Hagardo Versoza (haggard) when we reached the trail head. Sorry, I really cannot help to over-patronize their public transport system. 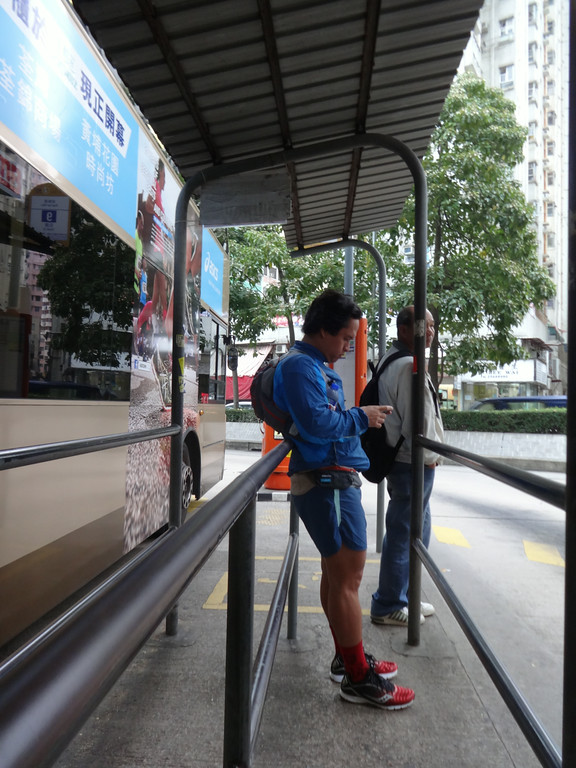 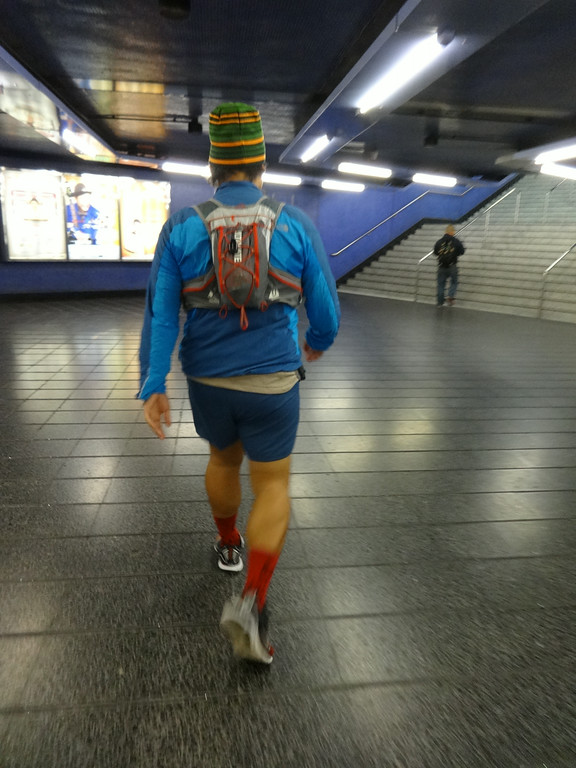 If you follow from the start of the section 8 route map, you will start with an ocean view and city.

The view of high-rise buildings from the trail (any trail in HK) is something you could get used to after some time. But, it never gets old.

Since weather in Hong Kong was relatively cold, it was okay to start late with the trek. Of course, coldness was another issue. My butt at the Shek O Peak.

I have a love-hate relationship with the stairs path of Hong Kong Trail; they can be too painful after some time. But for someone like who’s bad at downhills, they’re God-sent.

I noticed that the more popular a trail section in Hong Kong, the more stairs path its trail route has. The Dragon’s Back is very popular so it’s probably the reason why it has a lot of concrete stairs.

It’s common to see people, mostly seniors, doing meditation / exercises, along the route. I guess when trails are easily accessible, people would naturally frequent it more. Like duh, Rose!

And, the end of the Section 8 (Shek O / Dragon’s Back) of Hong Kong Trail is the Big Wave Beach. Beaches are usually gloomy (must be the weather) here but still it’s such a TREAT!

Subtitles please! Diners nearby the beach.

Next posts will be a series of Hong Kong trails. Nothing new with what’s around the internet but I’m cute so keep posted:

View all posts by owrange →
AWUM 2018: Because Training is Life, Angling is Lifer
[Hong Kong] Cheap Trails: Camping in HK?