“Seriously, I have enough of this. I’m quitting. Who cares about me running a 50KM? It’s not going to feed the hungry, or lessen the fake news or of #JADINE haters.” These were the thoughts running in my head when I was traversing the Cabancalan area of the AWUM 6 race route.

For the first time in all my AWUM races, QUITTING entered my mind. AWUM 6 was the hardest edition for me.

I was traversing the Cabancalan area when sleepiness crept in, and the feeling of guilt of leaving a friend or 2 because I was being selfish of saving my self. So I thought that I had enough of this; I was questioning what I was really trying to achieve with being on my feet going around Cebu streets for 10 hours?!? I might as well go home and sleep.

It did not help that I was so alone in my pace. I could not see any runners ahead of me, or behind me. All I see were self-pity and loneliness surrounding me. I felt like all female runners were improving, and I was stuck with my lousy 5km/hour pace. Yes, the girls are really getting faster and stronger. Suddenly, I felt like I no longer have place even in fun runs.

Thankfully, the volunteers and friends in every aid stations did fuel me up, raise my positiveness level up with their pep talk, corny jokes to tide me through the next stretch. 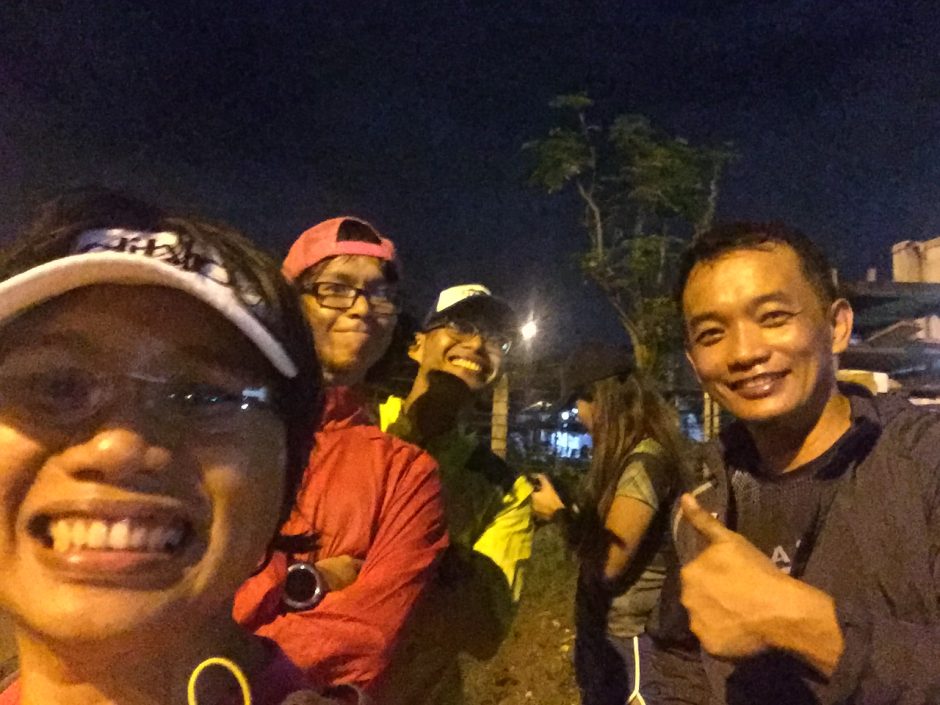 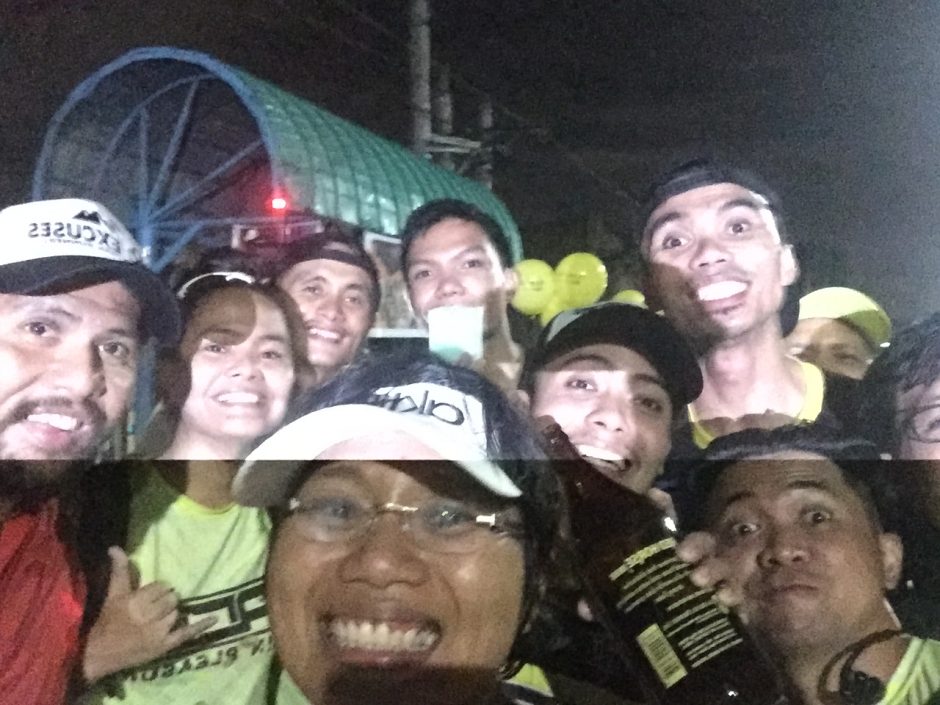 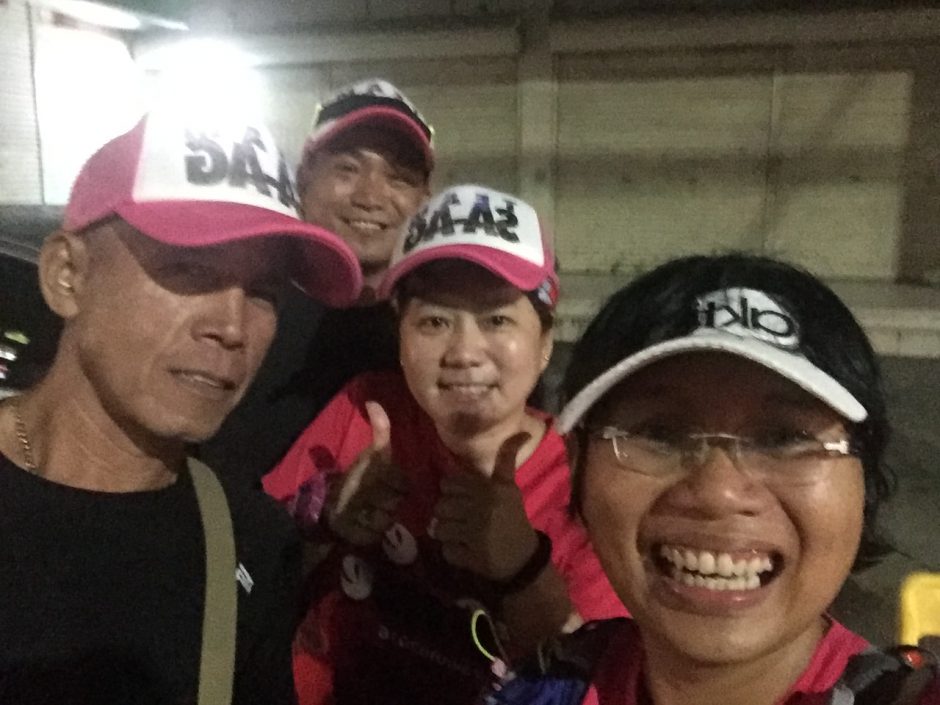 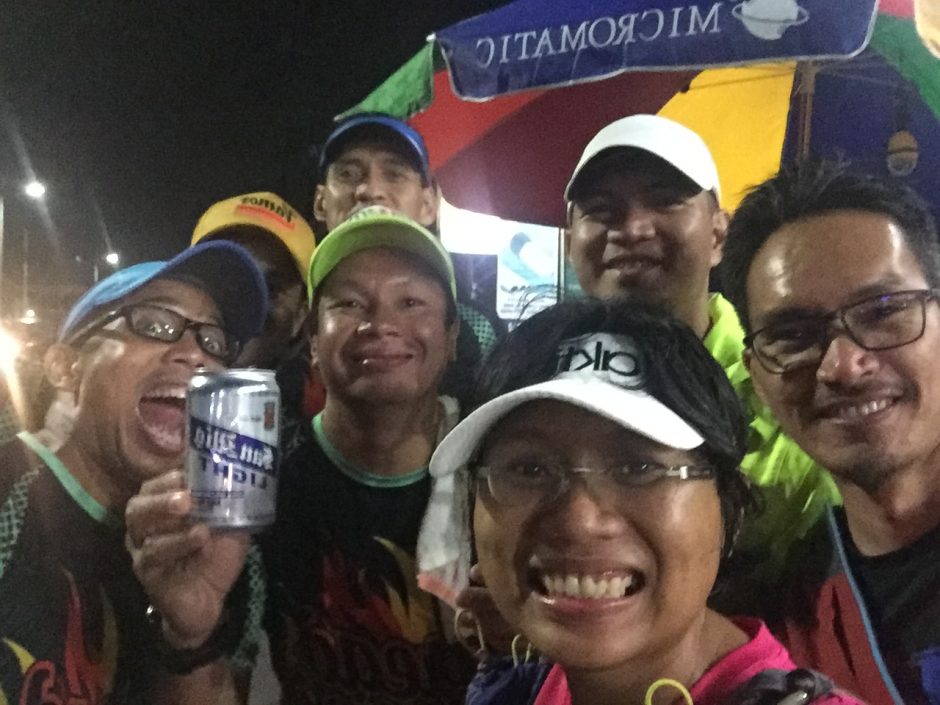 But I really hit the lowest point after the old bridge, I just wanted to sit down on the sidewalk, and bawl my eyes out. Somehow an angel just popped out and wiped away those evil evil thoughts. Jonathan, my idol yoga exhibitionist, gave me a hug when I reached the IGAT station. As cheesy as it is, but I really needed that at that moment. The hug was a perfect shoo away to the evil thoughts; it felt like the dark clouds were lifted up and it became sunshiny except that I was still sleepy.

But sleepiness, I could suck that up. If Sleeping Beauty could do it for years, what’s 10KM+ of sleepwalking/running?

Everything was a blur after that. Without the bad thoughts, I was able to concentrate on just getting my self to move forward. It was run as long as I can, then walk, then run, then walk, stuffed my mouth with menthol candies, from the sidewalk vendors, to keep me awake.

Prince charmings came in a motorbike. Andy Tunacao and another volunteer (sorry, I could not make out the face behind the helmet) approached me, offered me some food, but I really just wanted to “wake up.” So they directed me to that I better get on the other side of the road to get more help from the aid stations. Seriously, I was too damn sleepy to not notice that I was not seeing any aid stations along the way.

So there another set of prince charmings finally woke me up. When I was finally on the right side of the road, I chanced upon the Carmen Runners Club aid station. They asked me I wanted massage or food or what. But I told them I just want to shake off the sleepiness in me. I don’t know what magic they had, but I totally feel way better after they pinched and pinched and massage my hands. It made me run a bit faster and longer. Then I just poured cold water on my head in every aid station from then on to keep me up. 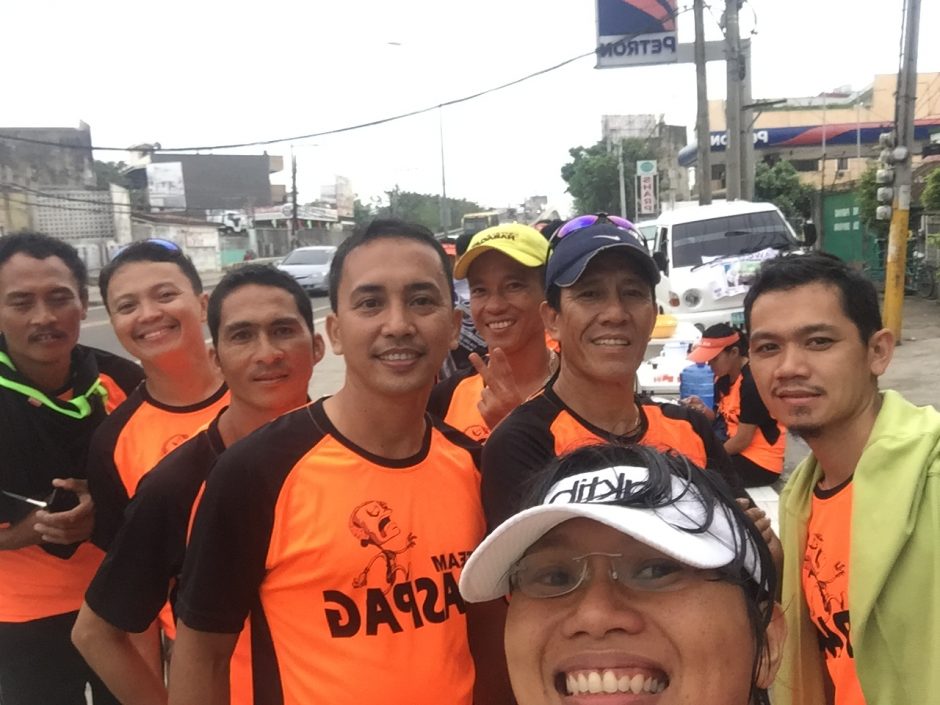 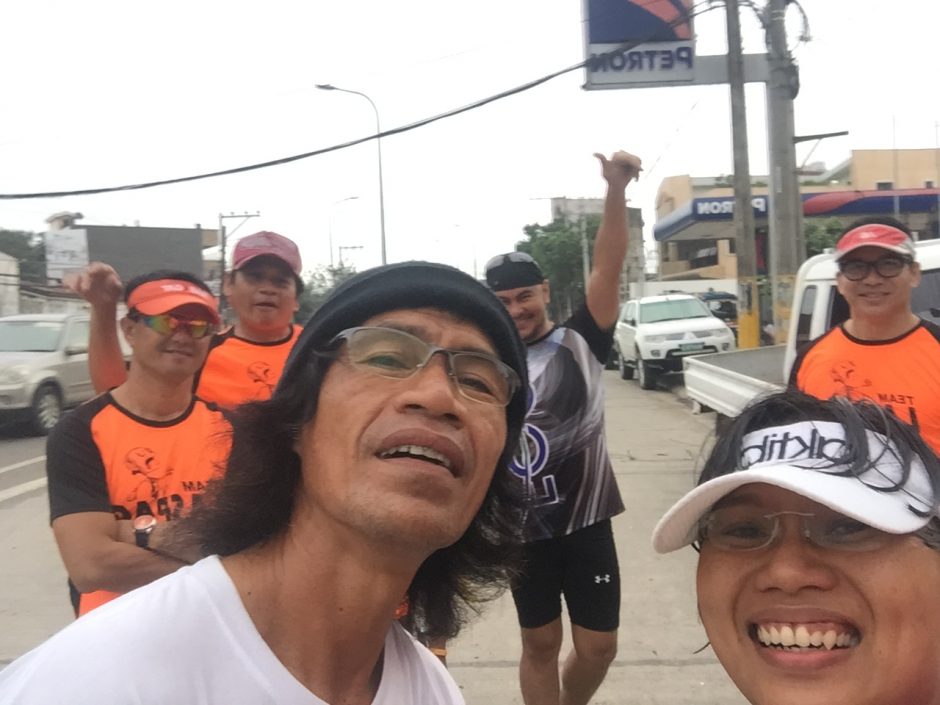 It ain’t over ’til the fat lady sings. Or for me, once I get to the lipstick station, I can certainly let the fat lady in me sings. =) And, top it off with a rose, and icecream. Definitely, AWUM 6 was the hardest for me. It WAS THE HARDEST TO QUIT… especially to do a #bloggerpose. 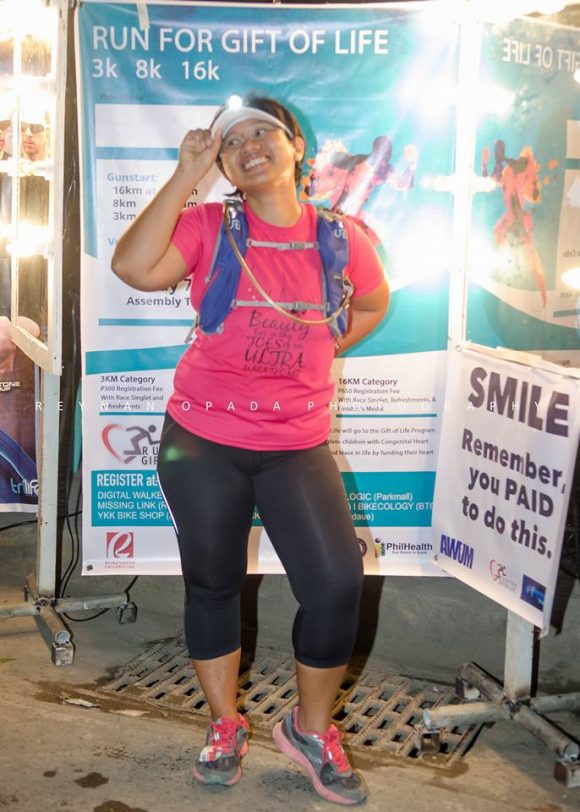 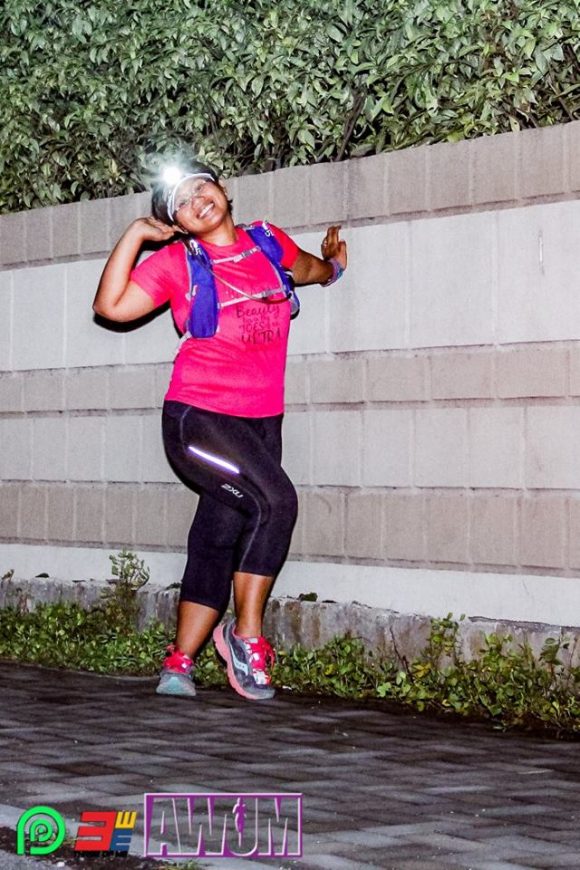 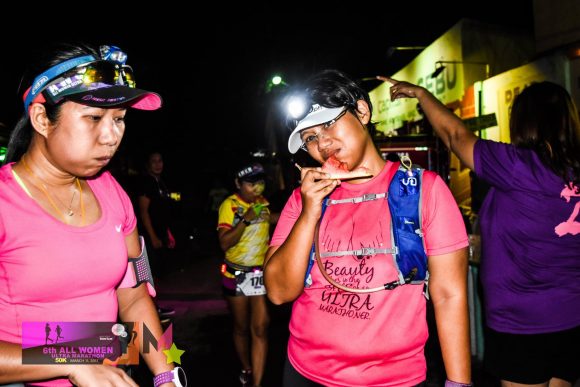 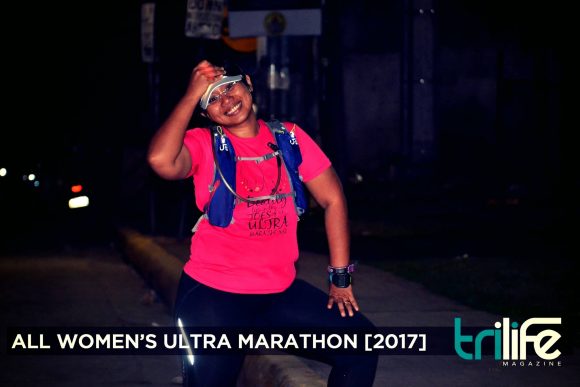 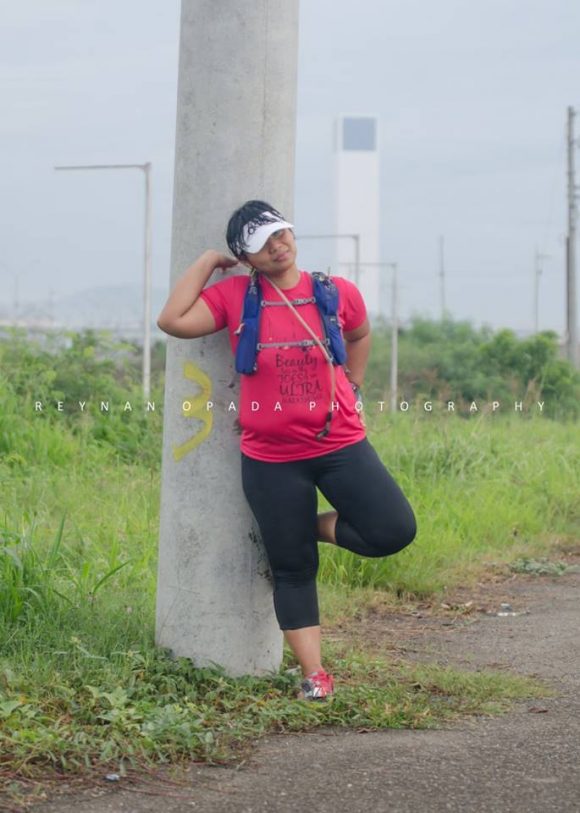 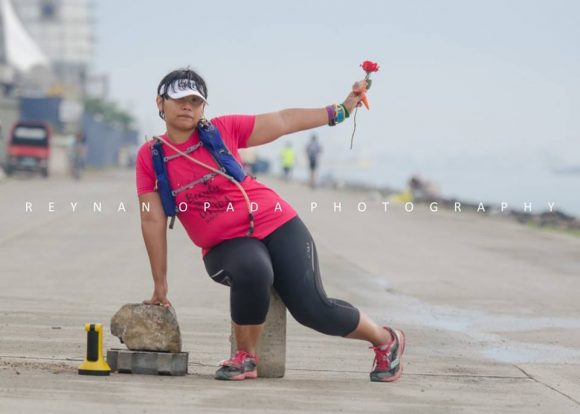 (Just to get back to my rant in the beginning: yes, it did not feed the hungry; but it did feed my soul. And I know there were more other people who got emotionally touched when they witnessed the women and the volunteers and organizers (and especially the photographers), pushed each other. It’s simply inspiring.)

Here are photos of some of the people making it very hard to quit the race. There are a lot not in the photos.

Protip #1. Make friends with the photographers. PARKLANE Runners
Please watch out for Hunat Sugbu 7 this June 25, 2017. 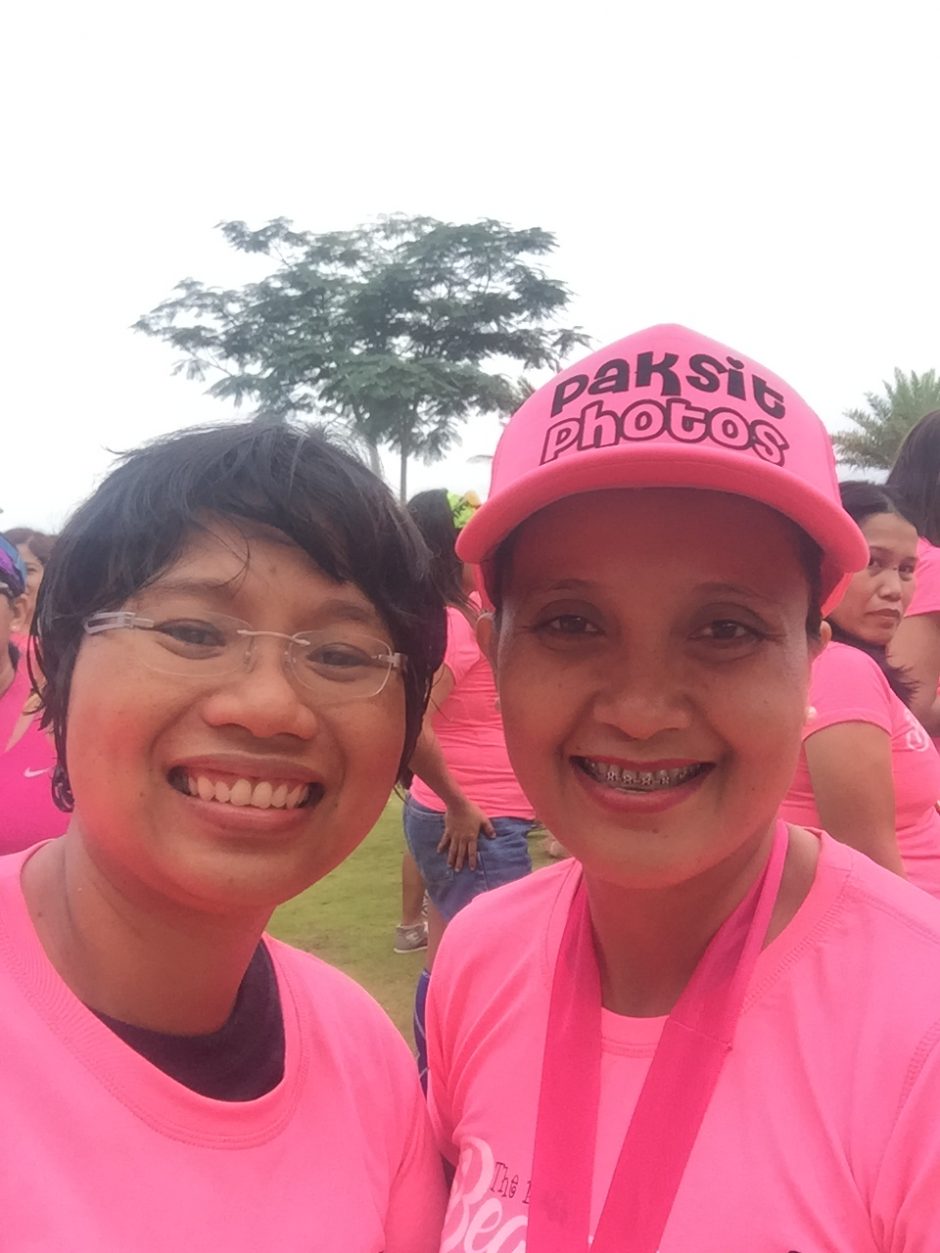 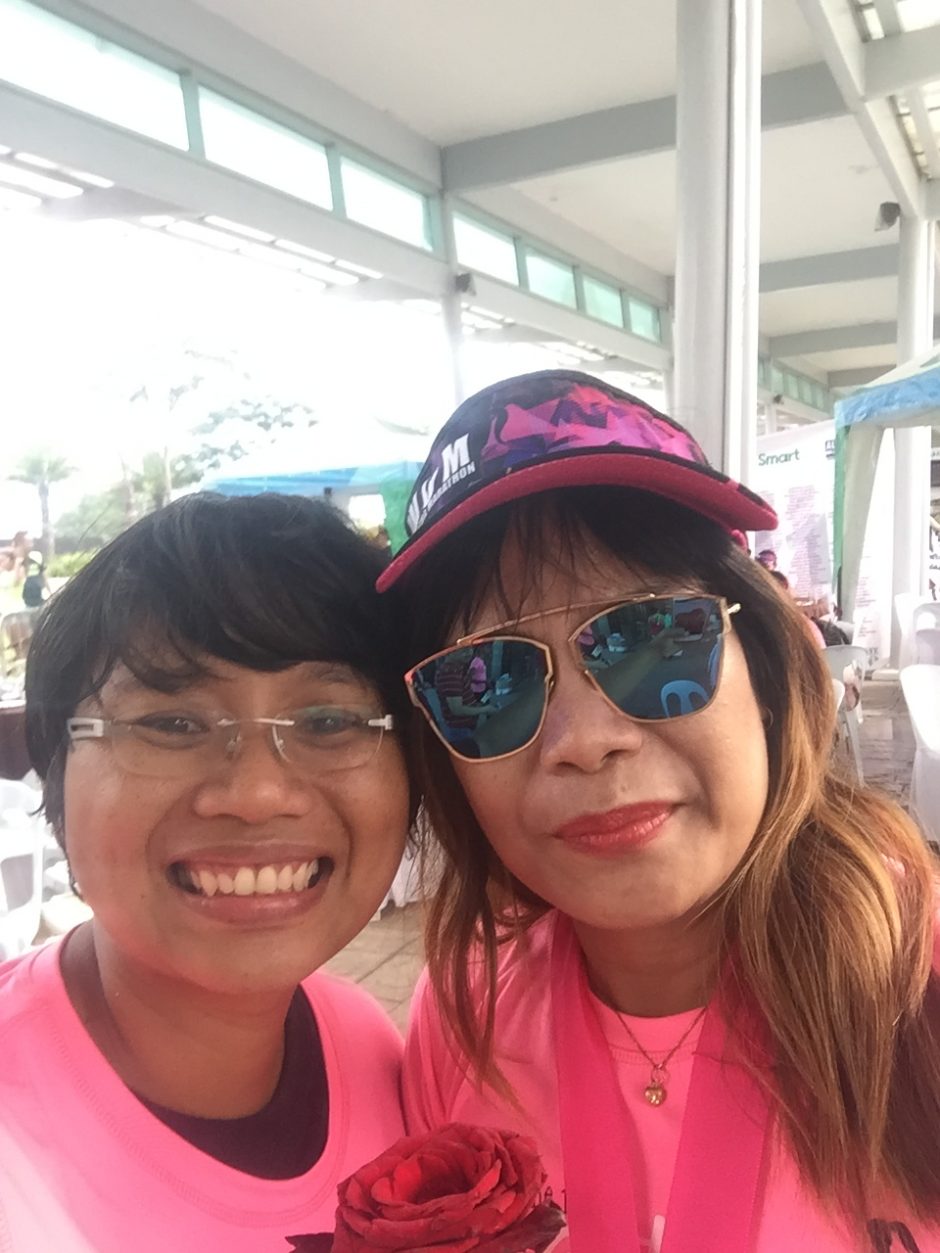 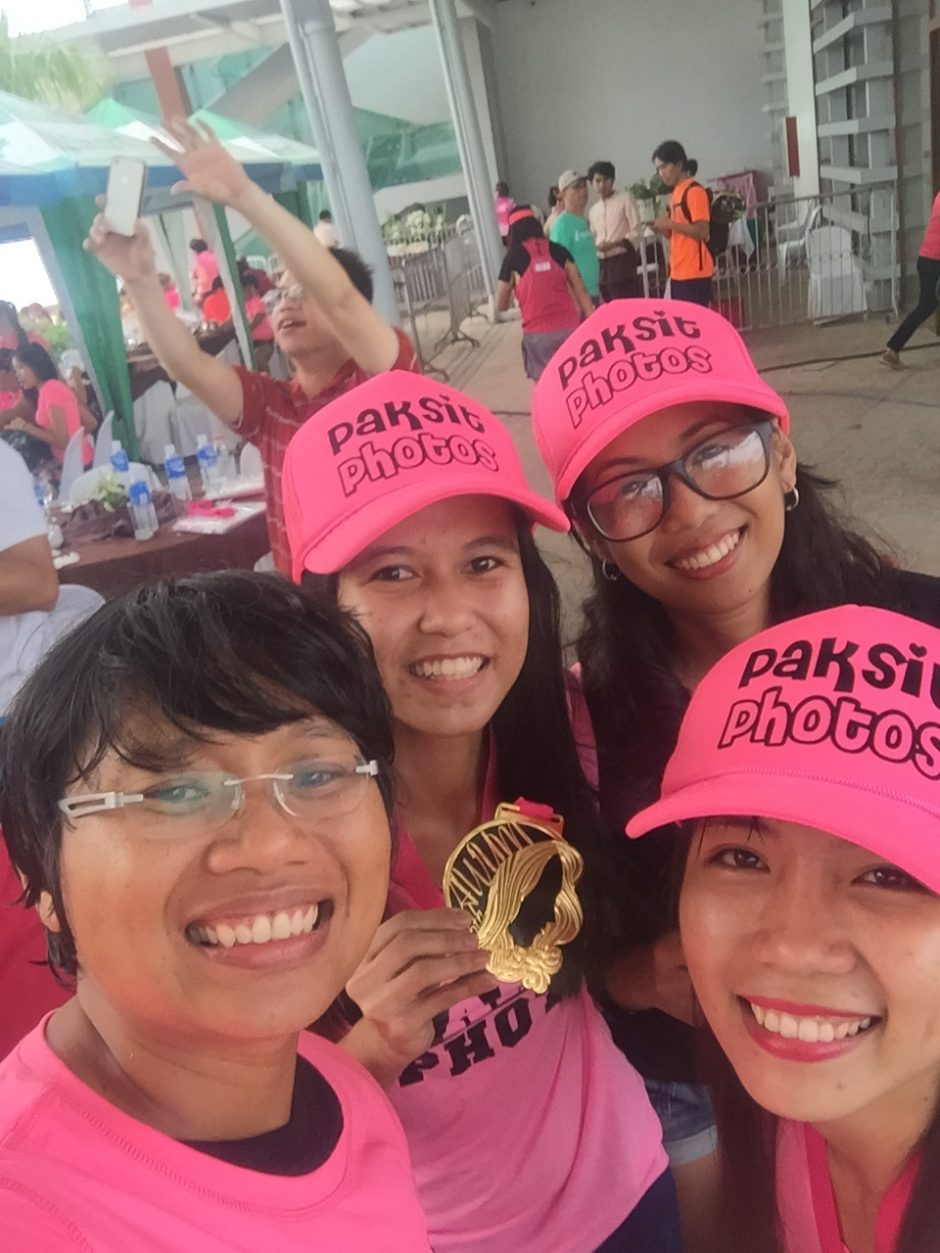 I certainly missed out a lot of aid stations, and other people. THANK YOU!

View all posts by owrange →
The Who’s Who at Xterra Danao (Cebu) Press Conference 2017
[XTERRA DANAO, Philippines 2017] Meet the PROs, Celebrity, & Everyone