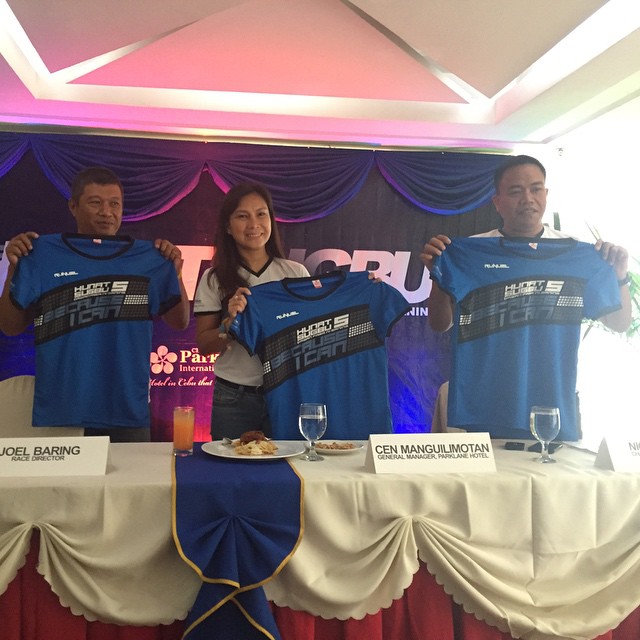 For a change, it was about stories of how runners started running being shared at the recent “HUNAT SUGBU 2015: RUNUEL” press conference last March 27, 2015 held at Cebu Parklane International Hotel.

The press conference started with a brief story of how Hunat Sugbu started from a form to cry for justice to being beyond just that. It was shared by Anna Noelle Mohamad from MARCOMMS of Parklane, know the story by watching the video below.

Cebu Parklane International Hotel’s GM Cen Manguilimotan has been known to be a runner, an ultramarathoner, also shared a bit of how she got into running, and affected her way of life.

Parklane’s Nic Nacorda has been the Hunat Sugbu chairman since it started. He shared what the participants can expect from the 5th edition.

With this year’s theme for the Hunat Sugbu half-marathon “Because I Can,” Cebu Parklane International Hotel features inspiring runners of Cebu: Tony Galon (Cebu Ultrarunners Club President and Founder), and Candice Grace Cabras Maque who runs to raise awareness for Down Syndrome created by Ervin Limpag.

After being inspired by these runners’ stories, it’s your turn to be the inspiration. Be there and share your “Because I Can” in action in the upcoming HUNAT SUGBU 2015: RUNUEL (June 21, 2015), details >>