So check all the stories below, and share your favorite stories for them to have a better chance of getting the race entry (It’s a simple “thank you” for inspiring us). =) And, one of them will be part of this list*:

The following stories are listed randomly. They’re not listed according to their number of views. We start with a race story of AWUM 2014 just so you can get more excited in getting the AWUM 2015 race entry gift!

“AWUM is definitely one of the most well-loved runs in Cebu. We were joking that the runner to photographer ratio was 1:1. The runner to support crew member ratio was probably 1:7 if not more. Most of them volunteers. There’s a water station every two kilometers. A rarity when it comes to ultramarathons which have a culture of minimalism and self-sufficiency.” 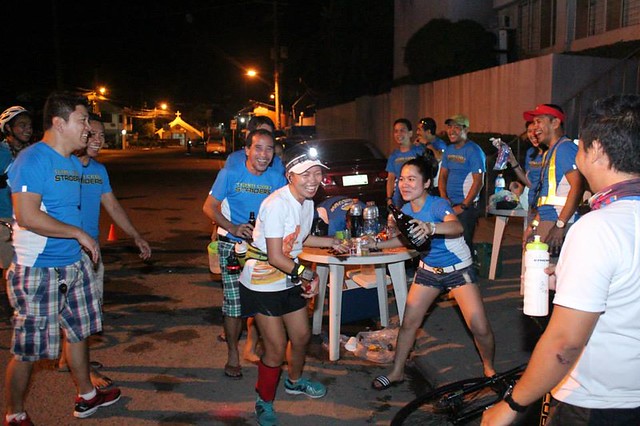 “When we finally were a few meters away, I told her I wanted to cry. After 7 grueling hours of heat, leg aches, and the uphells and downhells, I could see we were finally there.”

“Just a few weeks before the announcement of the first San Fernando XC Challenge, I sort of ranted on my Facebook wall that there’s almost no female category in the local XC races. That lady riders are always left out. Well, that has changed, sort of. Their event poster and fine print included the female category, a very welcome change and like an answered prayer. It encourages more female participants to join and it could also mean more girls in mountain biking.”

“It is kind of insane, but how boring life would be without a little bit of insane courage to do the most insane dreams in our hearts. Keep running!”

“My boyfriend, along with his mountain bike, waited for me near the Cebu City hall and biking alongside with me in the last few kilometers of my run. He was also one of the reasons why I was able to run faster…”

“When the sun started to rise, I slowed down my phase to enjoy the scenery. I cherished every moment of the grandiose mountain range and the splendour of the sea. The breath of fresh air is aromatic and running felts like flying and then I crossed the finish line.”

“That rainy day, I learned the painful way that we sometimes have to say no to certain comforts in order to say yes to greater things.”

“Everyone has their own different versions of stories to share with their experiences in running and I have mine to share too. I started to love running since I joined the 5 kilometer category of Cebu City Marathon in the year 2011. I was able to finish it in less than an hour despite without a practice in running. What I knew was just walking and jogging in a not religious kind of way compared to those running enthusiasts or an athlete. After my first 5K run with CCM, I was kind of addicted and I joined with some more running events here in Cebu in a 5k, 6k and 8k categories.”

“Before the gunstart, I saw one of the runners wearing a shirt that says “It takes a special kind of idiot to run an ultramarathon.” I’m sure my dear mother would agree.”

“”There’s a first time for everything,” they say. I thought CCM 2014 was going to be my first full marathon. It was actually my first DNF.”

“The thing about running is that it’s one of those times where you get to argue with yourself a lot. “Go faster!” “Kapoy na, lakaw na lang!” “Balig lima ka-tuyok na man lang ni sa IT Park loop oh. Push pa!” In the end, who gets to win the debate is really just up to me.”

“This race is even more painful than your occasional heart break.”

Title: The first 10….and the reunion! >>
Submitted by: Chay Enerio
Race / Running Event:
(Click Title to read on the whole story >>.)

“As they say, the very first time that you try and do something outside of your comfort zone, there will be doubts and lots of it.”

“Selfie’s here and there were kind of holding up traffic too so we decided to join in the bandwagon.”

Hopefully, we can make this giveaway an annual tradition to honor thy women! So, girls, keep on sharing! =)

* Winner will be based on number of views. And, it will be announced in Feb. 3, 2015.
***
Upcoming giveaway promo: Krem-Top Non-Dairy Creamer, Don’t be bitter. Be better! GC & krem top for grabs!

One Response to Women’s Inspiring Stories in aktib.ph for 2014