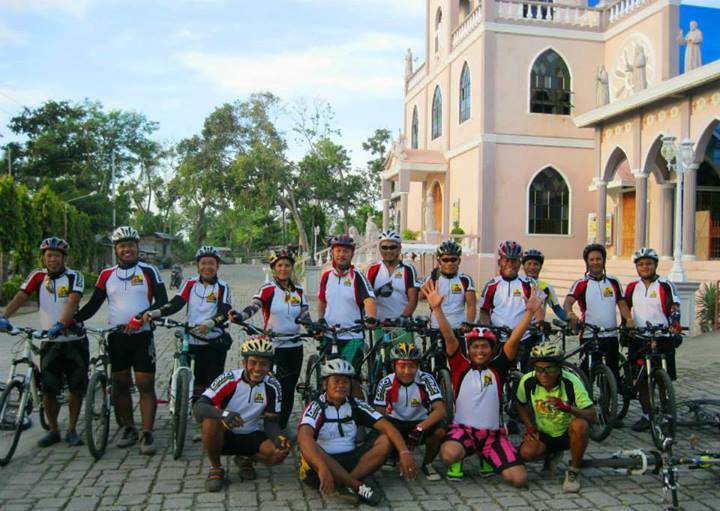 While the running scene has been getting busier with left and right running events, the biking scene is catching up. And, it has to do that some local biking groups are diligently working on it. One of the groups who has been organizing biking race events is Bogo Mountain Bikers (BMB). Then it was followed by Inter 4th Disrict Duathlon Race, Bogo City in May, 2013, and their last one was Race 121 – Estancia – Ibabao Duathlon Race October, 2013.

It was in Race 121 when Jade Abellana had her 1st duathlon, read her story here >>. You can also check other race stories from this event: “first time ni apil ug duathlon” by John Berame, and “What’s the Rush” by Chyrel Gomez. In their duathlon events, Bogo Mountain Bikers worked with another biking group. They usually team up with Mt. Bike… (Mountain Bike dot dot dot), and with Agwantista Bikers in their Mandaue event.

This coming May 18, 2014 is their latest duathlon event, 2nd Bogo City Duathlon Trail Challenge. Asked what’s the difference between their first 1st Lapaz, Bogo City Duathlon Trail Race 2013 and this one, Alexis Yap of Bogo Mountain Bikers said, “Both have the same kind paved & trail combination. The first event had a shorter distance but more in technicality. The 2nd event has a longer distance but moderate in technicality.”

The Bogo Mountain Bikers has seen biking as a great way to keep fit because it’s fun, and it lets you explore different places that are not the usual destination. These are some of the reasons that motivated them to organize duathlon events: to share the beautiful places they have been to, and at the same time getting fit with more excitement.

But for this 2nd Bogo City Duathlon Trail Challenge in May 18, 2014, the group particularly organize this to help the Bogo City’s tourism get back on track after Yolanda. Plus it was their first event in Bogo City that gave them the most memorable one:

“Most memorable event….. is the 1st Lapaz Bogo City Duathlon Trail Race because it was our 1st time to organize an event. We were just planning that our event was for the wanna-be duathletes. Lingaw-lingaw lang para sa mga musulay duwa og duathlon ug para kasadyahan fiesta sa barangay. We did not expect that some elite athlete personalities came & joined our event despite that there were other better race events happening in the southern part of Cebu on the same date. Nalipay ang amo groupo na gidayu jud nila. Maygani gamay ra sa mga participants ang naka-ila sa mga nanuwa na elite. It was successful, and that made it memorable.” Alexis Yap narrated. For those who will be joining a trail duathlon for the first time, the group advised that mountain bike, trail bike or cross country bike, can be the best fit for this route.

Here are some photos of the 2nd Bogo City Duathlon Trail Challenge from Manuel Yee, VP Internal of BMB: You can check BMB facebook page here for more photos of their route >>.

Bogo Mountain Bikers would like to acknowledge the following in helping them put up the 2nd Bogo City Duathlon Trail Challenge:

View all posts by owrange →
[Episode 1] Athletes Talk with Team Parklane: How they got into triathlon and how the sports changed them?
APRIL 17-20, 2014: The Athletes’ Holy Week Repentance?