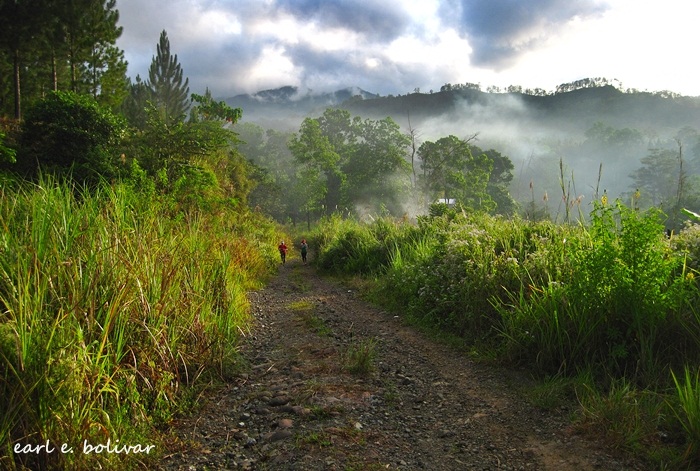 Bukidnon Forest Incorporated (BFI) is a government-owned and controlled corporation based in Malaybalay City. Its primary project is a reforestation program covering a total area of 38,000 hectares in the Province Bukidnon. Unknown to many, the BFI area, with its long stretches of fire road branching out to various trails, is a haven for trail running enthusiasts looking for a closer-to-nature running experience without straying too far away from the city. Its challenging uphill and downhill routes offer magnificent view of open skies and distant mountain ranges and since no vehicles regularly pass along this trail most of the time, runners can have this route generally undisturbed. There are many entry points in going to the BFI trail. My favorite is the one that starts near the Malaybalay City Swimming Pool. Listed below are some tips that could guide you in running along this beautiful route:

1. The entry point is situated along the road going to Barangay Can-ayan. It is a little over 2 kilometers east Malaybalay City Hall. About a hundred meters after passing by the City Pool entrance, a left turn will lead you to the BFI road. 2.  The route is comprised of uphill and downhill terrain. There are pine trees strewn and open trails along the way. It is best to run here early in the morning to experience running amidst the fog. 3.  After about 5 kilometers, you will reach an intersection where the left turn goes to Bukidnon National High School-Kalasungay Annex and the straight path leads deeper down the BFI trail. If you follow the trail ahead, it will stretch for more than 2 kilometers, passing along the curiously named Parokya ni Momon Resort before eventually exiting to Zone 4, Barangay Kalasungay. 4.  Upon reaching Zone 4 main road, run further to the north until you reach Hernandez Farm after about 2 kilometers. After the Hernandez Farm is the killer 3-kilometer upHELL stretch. The steep uphill, which will definitely test your calves and patience, goes all the way to up to BFI Tower 1 (commonly called Look 1 which is probably short for Lookout Tower 1). 5. At the top of the roof-less tower, you will see the 360 degree view of Mount Kitanglad Range, Mount Musuan, Mount Kiamo, and more mountain ranges at the side of Barangay Can-ayan. Savor the breathtaking view. It is your reward for running long and hard. 6. After enjoying the view and getting enough rest, run back down to Zone 4 proper. Instead of doing a back-trail to the city swimming pool, you may head straight to the national highway where there are plenty of passenger multicabs going to the city proper. More Tips:
1. There are no stores along the way so bring enough water and food.

2. As with any other trail, safety is not always a guarantee. So it is better to run with a companion or in a group and with someone who is familiar with the route.

3. Since the route is not the far from Malaybalay City proper, cellphone signal is not a problem all throughout.

4 Responses to Malaybalay City, Bukidon: Useful Tips in Running Along the BFI Trail