By owrange on 1 October, 2013 in Bukidnon, Runner’s Profile, Running Philippines 1

Related Story: 5 Reasons Why You Should Run in Malaybalay, Bukidnon

Malaybalay City’s Tri 30+ Run is probably one of the most unique organized runs in the country today. It is not an actual race where runners run to outdo each other but rather for a more noble cause: to raise funds for a chosen beneficiary.

The run was born from the idea of Fr.  Robert Selecios, the current Parish Priest of Barangay Kalasungay’s St. Ignatius de Loyola Parish.  Known in the community as the “running and biking priest”, Fr. Selecios’ original idea was to invite 30 runner friends who are willing to run 30 kilometers and help raise the amount of 30,000 pesos which will be given to a selected beneficiary.  He initially dubbed it as Tri 30 Run (short for Triple 30 Run). But when more than 30 runners committed to join, it was renamed to Tri 30+ (Triple 30 Plus). 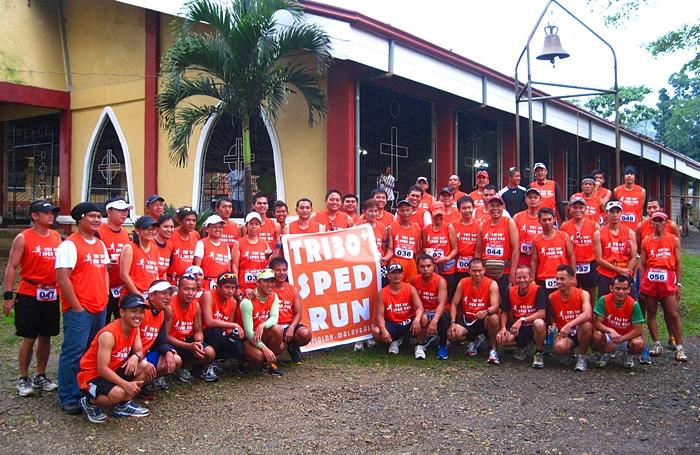 The first run was held in the dawn of September 1, 2012. Fifty runners were transported to Barangay Kisolon in the Municipality of Sumilao and were sent off to run the 30-kilometer distance to Malaybalay City. The run, through sponsors, donations and solicitations generated more than double of the target amount. The proceeds were turned over to Special Education (SPED) to help renovate their classroom in Barangay Kalasungay.

Inspired by the success of the first Tri 30+ , Fr. Selecion staged the second edition six months later. Volunteer runners again responded to the call and all participants successfully conquered the Malaybalay to Kisolon highway route. Funds raised from the second Tri 30+ were used to build pathway for the SPED classroom of Malaybalay City Central School and repaint the renovated classroom in Kalasungay.

The renovated classroom of SPED. A beneficiary of the first and second Tri 30+ Run. 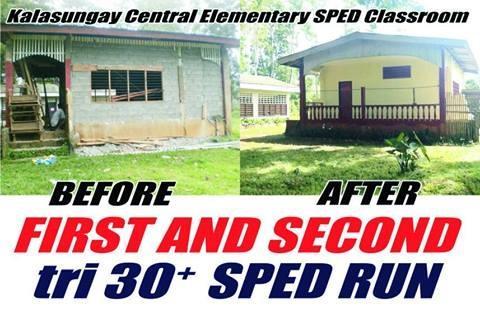 The third and most recent Tri 30+ Run was held last September 7, 2013. It featured a new route, from Malaybalay City to Valencia City, and has a new beneficiary: the Philippine Red Cross Bukidnon Chapter.  Fr. Selecios thought that it is high time to give back to Red Cross which has been assisting him in the local runs he organized. Again, more than 30 runners showed up and finished the route.  Money raised was turned over to buy additional equipment for the non-governmental humanitarian organization.

According to Fr. Selecios, he will continue to organize more charity runs like the Tri30+. Presently, he is mulling the idea of staging a 92-kilometer run from Malaybalay City to Cagayan de Oro City to raise money and build shelter for street children. His plan is to hold this epic run on January 2014 but this early, some of the Tri30+ runners already signified their intention to join. 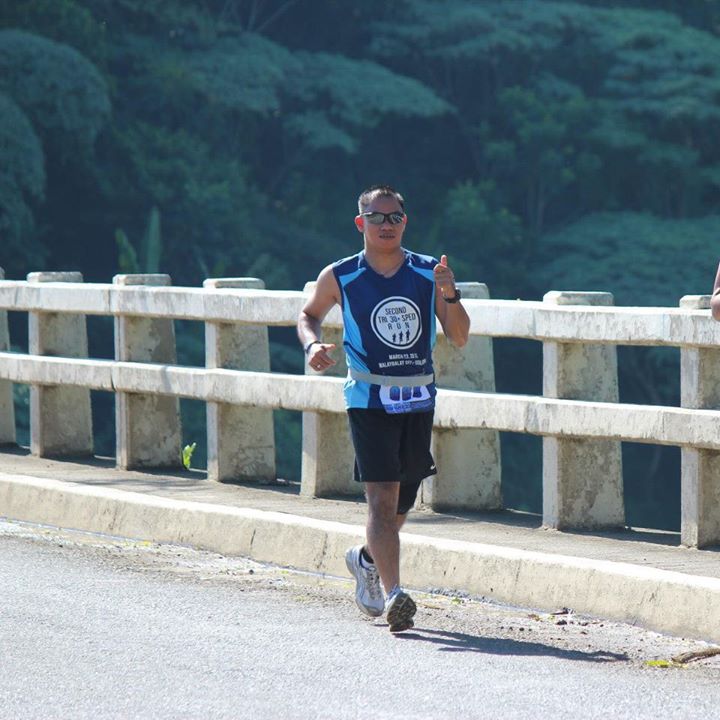 Fr. Selecios revealed that the success of Tri 30+ Run series was made possible not only by its generous sponsors and donors. He also acknowledged the volunteer runners who are always willing to conquer the distance for a good cause. For these brave warriors, running is not only about winning or breaking one’s PR. It can also be used for the advocacy of giving back to the community.

(Ed. You can check aktib.ph for updates of Fr. Selecios’ fund runs and soon his ultramarathon run, in planning, in Bukidnon.)