While most are busily dashing in and out of the MEPZ compound, a few remain inside, not working, but doing rounds of running. Some of them were running for the heck of running and some were preparing for their respective upcoming races.

And, some of them were doing a run as a way to celebrate a friend’s birthday. I happened to crash into a birthday run of the Indie Runners, a running group in Cebu.  It’s a group’s tradition to do a birthday run when someone has a birthday in their group. 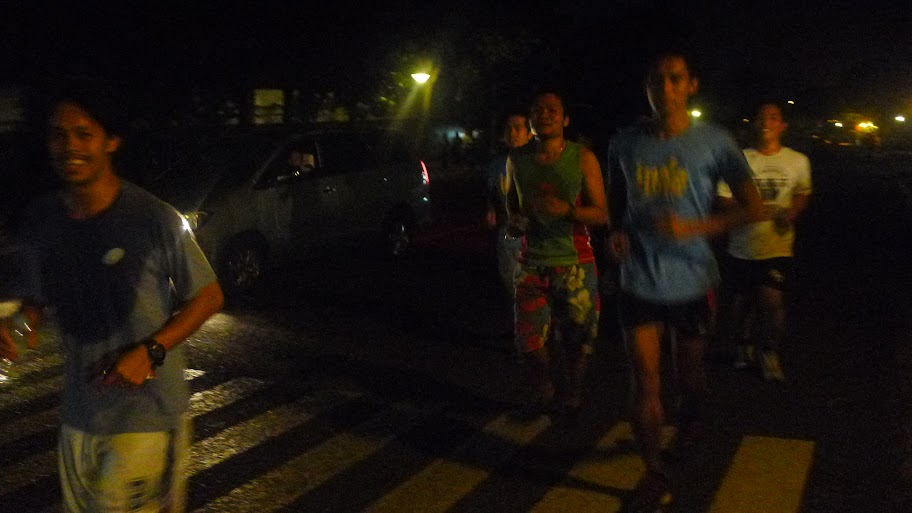 Running around in MEPZ after work is usual routine of the group, may it be to relieve stress from their work, to keep fit, or to prepare for an upcoming race. When training for a race, they do their weekday short runs inside MEPZ 1 compound (1 loop is around 1.5KM. correct me if it’s wrong). Then, they do a group long runs on weekend. 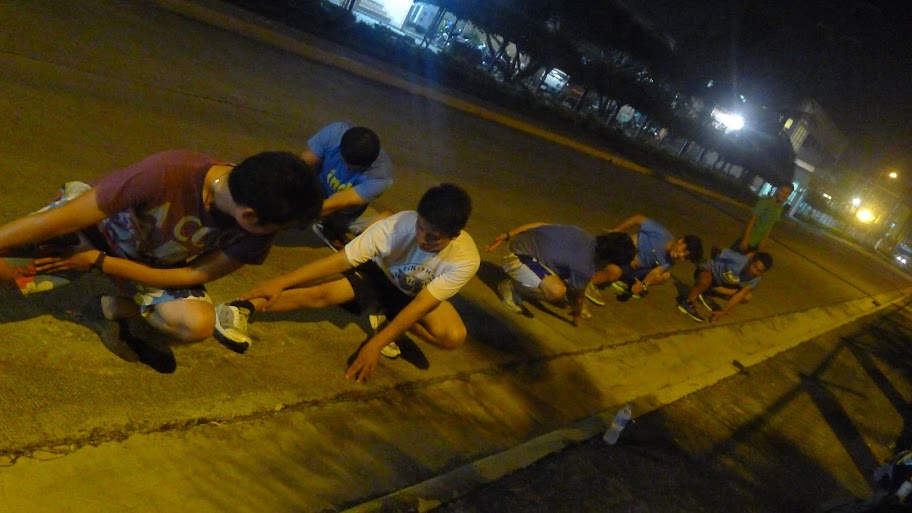 But birthday run is extra special because there would be a simple “salo-salo” (eating together) at their canteen after the run. Lucky was I! 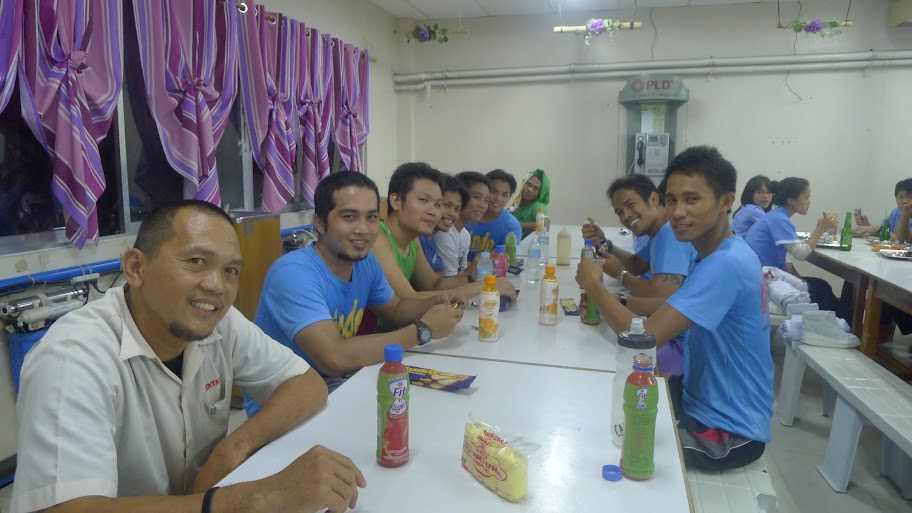 Indie Runners is not a new group. They existed as old as Romil Garces. They were called Pentax runners before. As their old running group’s name suggests, the members of the group were mostly from Pentax company in MEPZ 1.

By virtue of age, Romil Garces and Francis Rosos headed the Pentax group which then they renamed to Indie Runners.  Indie for independent, in which they want to make it a no-frills kinds of group.

No rules, no policies, no dues; come as you are.

You can come in shoes, slippers, or none at all.

You can come as top placers at the finish line. Jieter Bada (right), with Francis Roso as support, when he topped Coast to Coast 2012
(Photo from Romil Garces)

Or, you can come in somewhere at the middle or back together with the group at the finish line. In races especially very long-distance ones, they keep the mantra of “no one gets left behind” especially to the first timers in that kind of races.

Romil Garces believes that the passion for running must come from within the individual itself, or else it would not be that meaningful and lasting for that person. The group will only come in to support that passion, and to be there to share the joys and sorrows. Thus, in a way “indie” can mean independent individual passionate about running.  And, it’s something that you can feel when you’re surrounded with them. 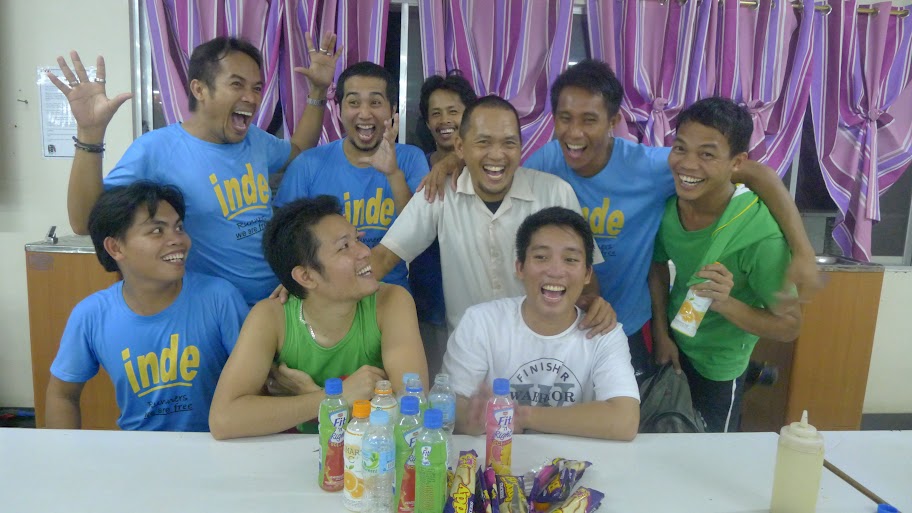 View all posts by owrange →
Gualandi Volunteer’s BREAK THE SILENCE RUN: There’s More to Deaf Culture than Being Deaf
Puerto Princesa Palawan Ultra Marathon: “If you are losing faith in human nature, go out and watch a marathon”