Rumor said that a lot were complaining that the Xterra (Liloan, Cebu) route is difficult. So Makoy Almanzor went out, bike the route, and video-ed with live comments to disprove it. See video, and enjoy the live comments.

But another rumor said that the route is already smoother because someone “cleaned” it up to make it easier.

So I went out to see for myself. I was not really sure if we’re in the right “route” but an encounter with a biker along the way confirmed that somehow I was in the right track. 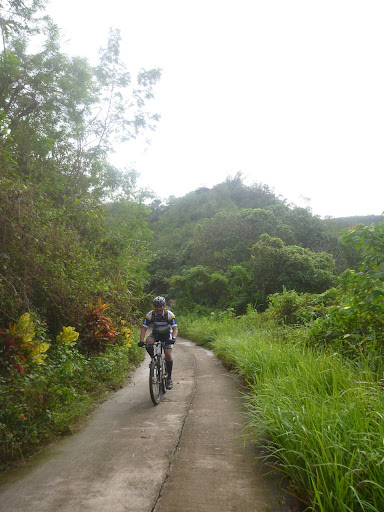 So how was it for me? I was still able to make a Ms. Purok Tambis pose after running some parts of the bike route. So Mr. Clean, if ever clean-up rumor is true, thank you very much! 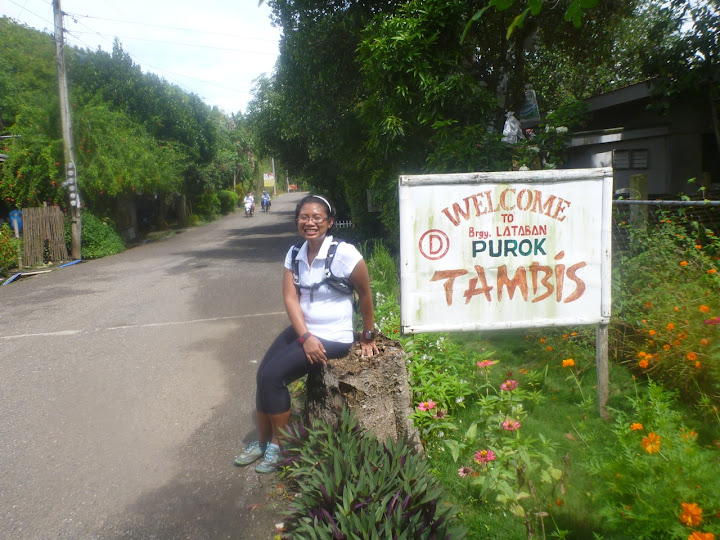 So in reply to Makoy Almannzor’s live comments on his Xterra Bike Preview video, ‎”Unsa ma’y naka lisud ani beh, pag praktis mo oy!” (What’s so hard with this, get some practice.”) 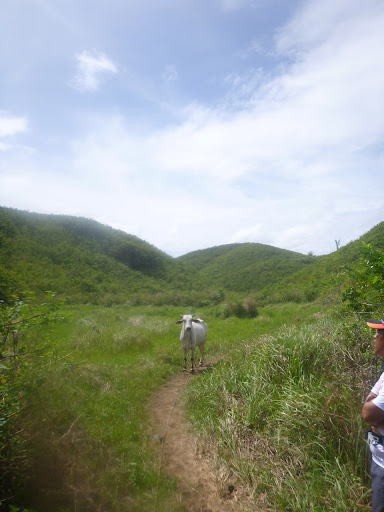 Grow some bulls, you urban kids!

It might be “smoother” but definitely not at all easy. I think I ran the part of the route where it was used by the last Columbia trail. So if you had joined races RD’ed by Larry Pilapil and his group you already have an idea how the Xterra route will feel. I guess Xterra is actually “tamer” compared to the other trail races organized by Larry’s team.

So on to more rumor tips: (Not to be taken seriously.)

PRO TIP: If you think your running skill is somewhere around my level, which is almost non-existent, best way to finish the Xterra Run is pretend we’re MARIA VON TRAPP, and sing, “The hills are alive with the sound of music.”

For inspiration, see the pics below I gathered from more reliable sources.

Bushy. Photo from Gifford Peral, he did not break any body parts this year while doing recon so something reassuring.

PRO TIP: If the going gets tough, WALK it. So as not to hurt your pride, see this “macho” guys, they need to WALK also.

PRO TIP: Pics or it did not happen!

Bring a camera. As you should have a pic in this spot, or your Xterra experience did not happen. And, camera is a good props to pretend you’re not taking “breaks” but just capturing moments.

Part of Run Route of Xterra Tri. Photo from Bernard Vs

Even Ben Allen probably has a picture on this spot, as Jong Sajulga / Team Caltex Delo has even one or two. So you must have one too!

And, you might want to chat with the owner of this spot. She can give you history of the place. 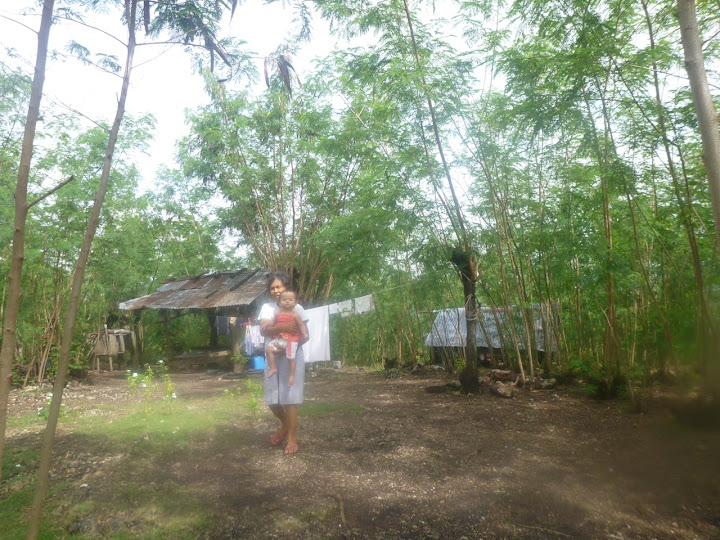 Lilia and her apo. Her husband is Berto.

PRO TIP: Tip on getting lost? You’re supposed to get lost when you’re in a trail run. Joke!

Xterra’s (both tri and trail) starting line at Seafront Beach Resort, Jubay, Lilo-an (Start time: 7am for Tri on March 2 / 6am for Trail Run on March 3). This is probably the most important information you should know.

Artsy fartsy maps around Lilo-an, which, at first look, reminds you of classroom bulletin boards. If you’re left-brained, you might have a hard time understanding these maps, best ask the residents for directions. 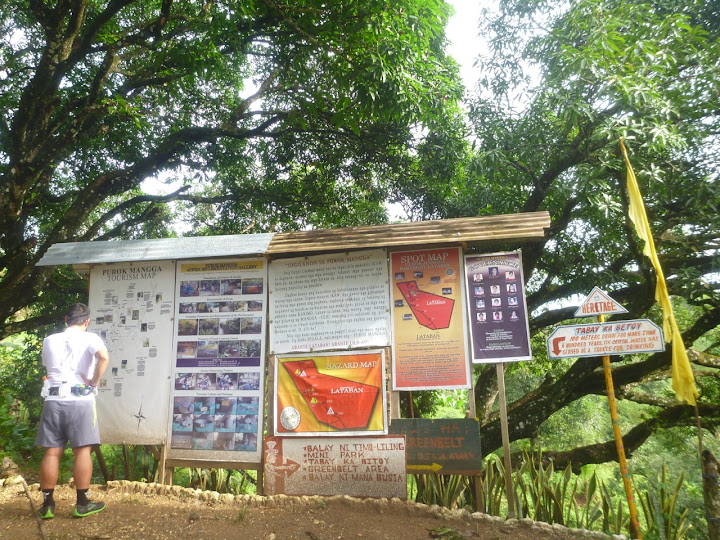 But truth is that you will not get lost. Unfortunately, it will not happen. Xterra organizers will never ever allow bad rap to happen.

PRO TIP: Hydration? There seems to be areas in which there are no houses nearby. It might be better idea to bring a hydration belt or something. Though, if you want more adventure, I don’t think you’ll die if you will not be so geared up with hydration.

But you should NOT miss Manong’s Buko station, like Ben Allen. So bring in some cash with you.

This is somewhere in Lataban area. 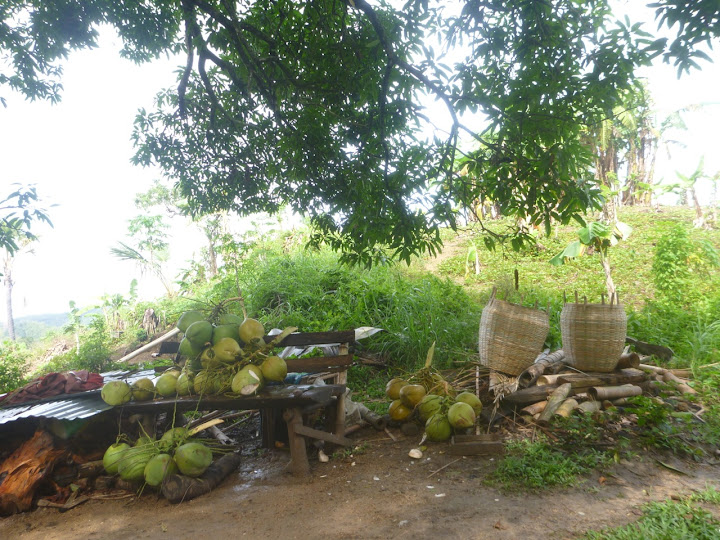 You can also order that big basket from him. So you might want to bring additional cash. It’s P250. It’s good for laundry basket. 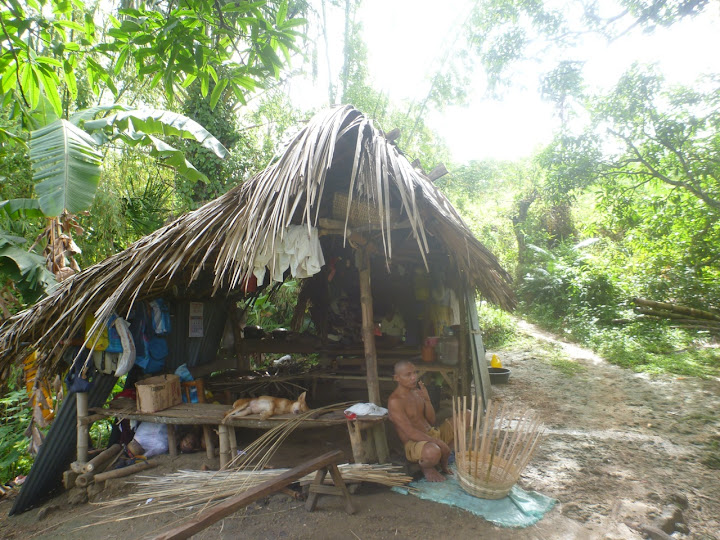 PRO TIP: If you feel like complaining how hard it is, try this! 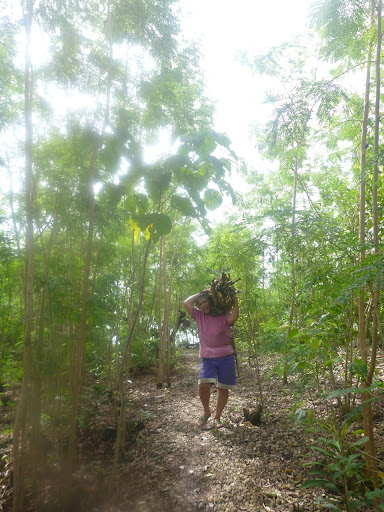 We’ll get this updated if we get something information from the Xterra’s press conference later. If you have questions for the Xterra team, message us at facebook.com/runroo or twitter.com/gorunrro. We might have a chance to ask them later.

(A few more random pics I took, here >>. But I’m not really sure if this is part of the route. But anyhoo, enjoy looking at Lilo-an! =)