I won a free Xterra Trail Slot from The Brick Multisports (specialty store for biking, running and multi-sports related stuff at J Centre Mall, Mandaue, Cebu) anniversary promo, and I was reminded that I need to make a post about Xterra. ‘Ey, I got a free lunch at the presscon!

I admit that images of Jericho Rosales, Matteo ex-bf of Maja Salvador (this is much easier to write than his last name), Drew Arellano, and other celebrities were flying in my mind when I got an invite for the press conference of Xterra Weekend Championship Triathlon Series & Trail Run (March 2-3, 2013). I was more excited at the thought of getting fan pics than the event itself.

But on the other thought, I do am more excited with this year’s (2013) Xterra when I learned that part of the route is Brgy. Lataban (Lilo-an). For anyone living in Consolacion or Lilo-an, Cebu or anywhere near this area, it’s one of those places you probably go to to run. So I can’t help but get giddy at the thought that it’s going to be in a much closer neighborhood.

Bits of Facts and PR

Like in any presscon, there’s always the presentation of ohhh and aahhh data. So the big names, the who’s-to-watch-out-for participants, with their numerous championship titles here and there were presented.

The female 2012 champion of Xterra Off-road Triathlon Global Championships in Maui, Hawaii will be playing here so this one is to watch-out for. Rochelle Tan is one lucky girl! Go check Sun-Star’s Xterra article here >>.

It’s also good to note on how running and multi-sports are getting more attention. According to Xterra project director, Princess Galura, they only got 80 participants when they started here 2 years ago. Then last year, they got 200. This year 2013, as of the presscon date (Feb. 8, 2013), they already have 400 participants. With still 3 weeks to go, hopefully, they will still get more participants.

I’m always looking forward to success of sports events here as, hopefully, it could mean getting sponsorships to local talented athletes; and also, it could bring in more money to the local businesses.

And another interesting fact to note is that 80% of Philippines is trail. With that thought, it’s not hard for us Pinoys to rule off-road challenges. I guess soon, in time. I’ll give it 5-10 years. As they say, it takes 10 thousand hours (or roughly 10 years) to be exceptionally excellent at something.

Pinoys to Watch-out for

I was a bit disappointed to not see a mention of a Pinoy athlete from the who’s-who list being presented during the slideshow. But following are the few names we can look forward to this March:

Duke Frasco — He is to watch-out because this year he will do the full triathlon category, which he mentioned during the press conference. Unlike the previous years, he was always doing the relay. He probably will not be one of the top players, but it will be something to look forward to how he will perform despite his busy schedule of a mayor.

If you get to visit the trails / mountain-side of Lilo-an, you cannot help but admire this mayor. Thus, though I’m a resident of the neighboring town, I always prefer crossing to Lilo-an side, and run there. It’s much orderly and clean. And it’s because during Sundays, the people of the barangays do a group clean-up in their areas (I think it’s by Sitio). Also, you will notice that there are parts of the barangay that they try to preserve as parks or a destination spot. (I had a short note about this here >>.)

Jong Sajulga — With Neil Catiil (Xterra 2012’s first placer among the Pinoy) not going for the full tri category (he’ll be in relay), Jong Sajulga is the strongest Pinoy player to watch out for according to Noy Jopson. He played at the Xterra Off-road Triathlon Global Championships in Maui, Hawaii 2012, and he came out as the first among the 17 or more Filipino participants, including the Vaseline-sponsored athletes.

I guess living in the highlands of Bukidnon is a big plus to his being a strong athlete. Bukidnon can be probably likened to the Colorado of USA where the ironman champions do their training because of its high elevation. But then, one thing Cebu has, which is not in Bukidnon, and I think can be a challenge to Jong is the mean heat.

Let’s see if Cebu sun can make this Bukidnon guy bow down. =)

Noy Jopson — There’s nothing much I need to say about Noy. He’s probably the most popular among the Pinoy tri-athletes, aside from the celebrity athletes. I’ve been waiting for him to be on the very top place. And, there’s no reason this year he could not with the trail route just few KMs away from him. 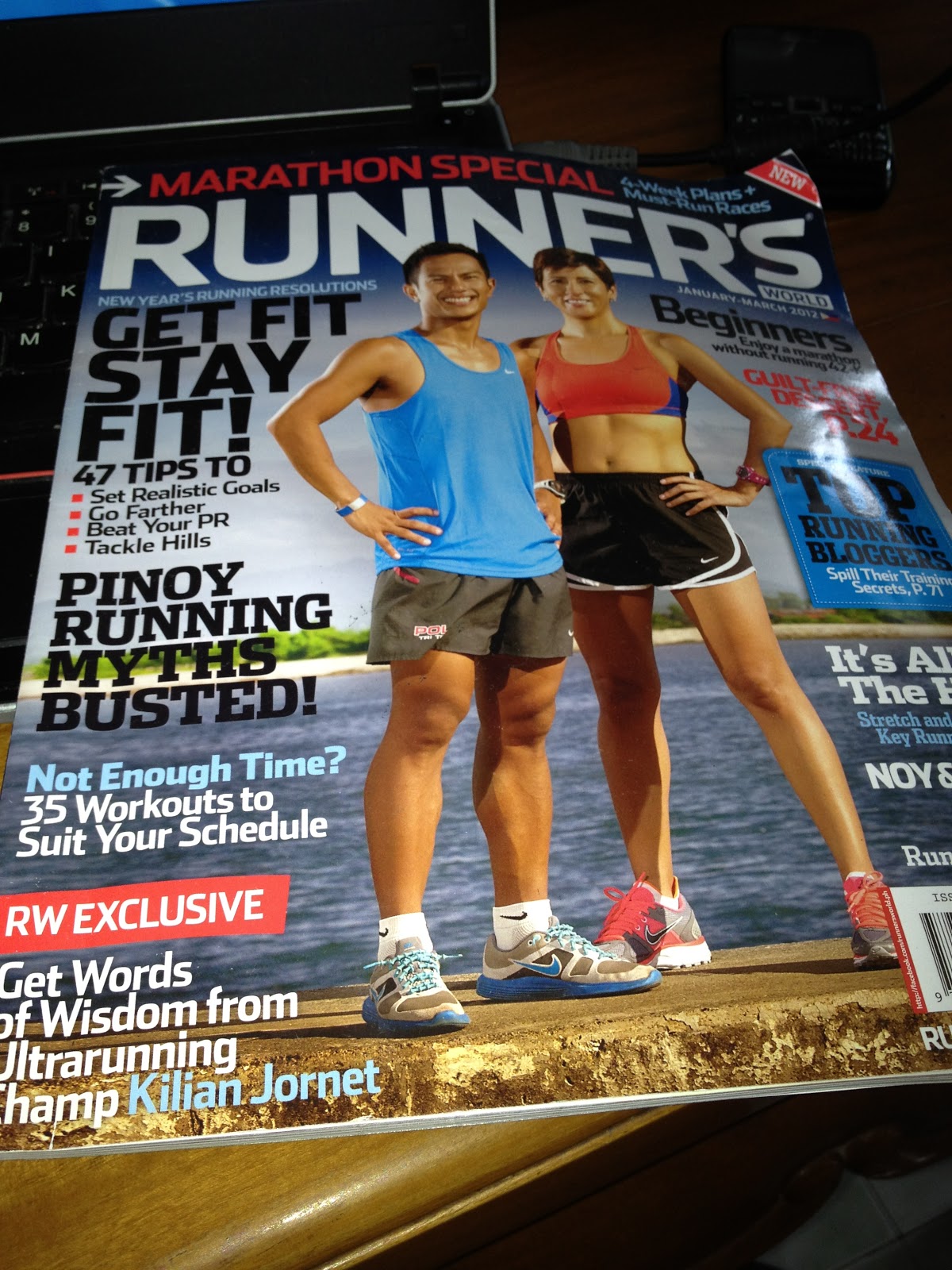 If you will still not win this year, I’m going to throw away my kept mag of you on front cover. (joke!)

I was hoping to see Mendel Lopez to be in this year’s 2013 full tri category list. I mean he’s one of the strongest Cebuano tri-athletes.

I don’t mind you not beating Lesley Patterson. You already give Cebuanas some pride — this is what we call “Strong is the new sexy!”

So yeah, there were no Jericho Rosales or Mattheiu during the press conference. But Duke Frasco was/is not much of a disappointment as he can way be more of a looker over Jericho. The only disappointing thing to happen was I did not have a chance to have a pic with him.

The assistant race director of Xterra Off-Road Triathlon and Trail Run was also cutee, Jeremy Go. And, though he’s a cutee, I still managed to ask him some sensible questions regarding their route. 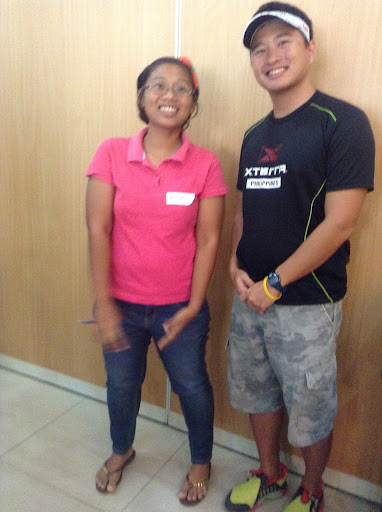 They did a few ocular inspections of other routes before they decided on the official route. It’s not because the other routes are not good but one of the main factor they need to consider is that the bike and run route will be not much far from the swimming area. Thus, they settled with the Jubay/Cabadiangan, Liloan route as its near the Seafront resort (though he did not say it’s the official swim area yet).

They do not really give out a very detailed route as they want to avoid people getting hurt for trying the route. Though, I think it’s okay to ask around.

In finding a route, they did seek help from the locals. One of the people they consulted is Nino Surban, one of Cebu’s best cyclist. So I guess the route must be something.

Single track is probably 50% or more of the route.

I got a short chitchat with Noy Jopson, and asked him what’s the difference between the Maui, Hawaii route with Cebu. And, he said our route is actually not less challenging than the one in Hawaii, where the world championship is held. Therefore, in no time, a Pinoy will definitely have that Xterra Championship title soon.

Following are some pics / videos shared by friends who tried the Xterra route:

not sure if this is part, but it looks sweet!

Kirby Lim (Photo from a friend)

Wagee (Photo from a friend)

For the official Xterra Off Tri-athlon and Trail Series route map, go check Xterra’s official website here >>. The last Columbia trail run in Lataban, Liloan’s route will also be part of the Xterra’s route so you might also check this >>, and their race pics here>> – it probably can give an idea of the route. Maybe a week before the race, Xterra will give a more detailed route map.

I will update this with more pics if I could find more. If you have, please do share so I can add them here for everybody’s reference.

(Create your race calendar at atkib.ph, and add Xterra if you’re joining here >>.)