Reynan has uploaded 5 albums already, and he has 2 more to go. Sydney has having laptop issues so he managed to get up 1 album yet.  You can order high quality of his pictures, please contact Sydney. The Most Upplaud goes to Allan for 8 albums of pictures.

A bit sad to see only few pics from RedLepps, and also nothing from Picture Purrlfect except a congratulatory note on her page.

In case you do not see your pictures in the local newspaper, here is a quick guide on how you can find pictures race / sports / running events in Cebu.

Check Sun-Star Daily Cebu today as they have pages of beautiful stories from CCM 2013. 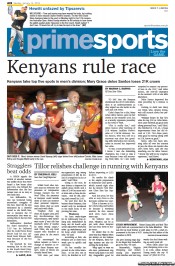 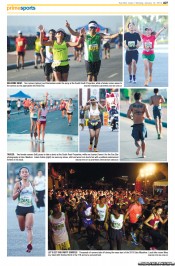 Here are the following photographers we found who are posting albums of pictures of the Cebu City Marathon 2013. These are also the usual suspect of photographers who are nice enough to take pictures of different races in Cebu or even outside of Cebu so you might as well bookmark or follow them in facebook.

Watch out for more pictures at his facebook page REYNAN’s pics.

If you are a Zumba fan, triathlon, and others, Sydney is the photogpraher to be. here >>.

UPDATE: Sydney has now one album uploaded for Cebu City Marathon 2013. But for sure, there will be more to come. So for now, enjoy his 1st album here >>.

Cebu Marathon 2013 first batch of pics here >>. For sure, there is more to come.

There’s one sure way to know if John is present in a race event, check if Dins, his beloved wife, or Team Striders are present.

So these above are the usual suspects in all kinds of races / running / sporting events like you know that one of them would show up even if the race is in some faraway barangay of Cebu.

Following are other photographers I found posting Cebu Marathon 2013 pictures:

Mike is one of the CCM 2013 official photographers, so watch out for his pics from his facebook page here >>.

And, more CCM 2013 pictures from the following:

He needs help in tagging the pictures of his Cebu City Marathon 2013 album here >>.

Because SRP is their turf, they have a few albums of photos of CCM 2013:

We’ll be updating this if we find more Cebu race pics. To keep posted, please like us at facebook.com/runroo, or connect with us at twitter.com/gorunroo.

From runroo, you can check our Cebu City Marathon 2013 album here >>.

Some love on the race

Thanks much to Rose, Fred, Jean, and Stacey for the pics at runroo and for uploading them!

It’s still a baby, so feel free to ask if you get lost navigating the site. Shoot your comments/questions at rose@runroo.com or at @gorunroo or fb page! THANKS!