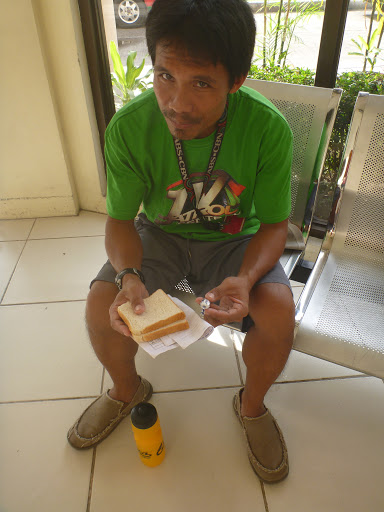 Bayani Alvarez failed to get his target finish time of 10 hours in the first 100K ultramarathon staged in Cebu, the Century Properties Ultramarathon 2011, but he got the championship, instead, and even bested Cebu’s ultramarathon darling, Noel Tillor. Add to that, his performance earned him an award  from SAC-SMB (Sportswriters Association of Cebu and San Miguel Brewery) 2012. (His clocked-in time was 11 hours and 6 minutes in the 104KM distance.)

Here is a peek on his preparation for the hundred miles, and running in general.

For some of us, running is a very big challenge that a 5K run would take a lot of guts and mind-convincing, and a promise of fiesta meal after just to get out of the door and do it. But there are also people whom running seems to be an effortless task, like it’s as simple as brushing teeth.

Bayani Alvarez is one of those runners who does running like it’s as natural as breathing. When I met him at ABS-CBN compound where he works as assistant cameraman, he was carrying his running shoes. I was a bit embarrassed as I thought I would be meddling with his training, but then he said he just actually finished his run — Busay then to 3 bridges (In Cebu, Cansaga, Marcelo Fernan, and old Lapu-lapu bridges are famously called “3 bridges” by runners).

He casually explained to me that he started 4am, then he finished around 7am. Doing a quick mental calculation, he just made some 40-ish KM under 3 hours. But doing a quick physical calculation on him, it seemed that he was still on his way to start running. 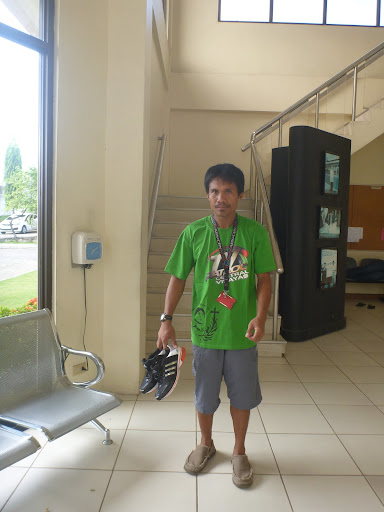 And, that set the tone of our conversation; it seemed that running is such a permanent fixture in his life that there is nothing extra special about it. Bayani was straight to the point with his discussions regarding running, and his preparation for the upcoming Hardcore Hundred Miles Ultramarathon – Cebu. It’s either a do or not.

Following are some of his no-frills preparations I gathered from our conversation.

Be prompt with race registration.

As much as possible, he would register early for a race he is aiming to join. Registering early would make him more committed and dedicated to his training and preparation.

Yes, it’s a no-brainer tip, which some of us disregard.

For this upcoming hundred miles ultramarathon (160KM), his training program is a minimum of 30KM run on weekdays, then long runs with a minimum of 60KM during weekend. Then, he would add more running at treadmill when he’s at work in ABS-CBN compound.

If time permits, he would insert a heat training of 3 hours after his daily runs, which he would usually do at the Sacred Heart School’s (Ateneo de Cebu) oval track where it’s near to his home.

On his weekday run, his route would be usually Busay then 3 bridges. For his long runs on weekend, it will be sometimes in the Transcentral Hi-way stopping at boundary of Cebu City and Balamban then back.

And, he does them all alone by his self.

He also has been working on fine-tuning to get the right pace for a 160KM race as it would be a totally different ball game from the 100KM. Aside from physical conditioning, he’s also working on his mental toughness that could sustain him on a much longer distance. He has been also thinking in advance what can be the possible scenarios in the upcoming race.

Writing that off already makes me pant. But asking him if he does not get tired or burned out, his response was that he’s used to it. Getting up at 4am to go out and run has been just a natural daily thing for him to do.

He (partly) credit his winning the last year’s 100KM for being able to keep his self from getting a major injury. He was able to keep a lead from the other top placers as some of them were experiencing injuries.

He claimed that he cannot be the fastest runner this coming 160KM ultra race; thus he is counting on being able to keep his self from getting injured during the race as his edge over other fast runners. For him, being fast is of no use when one is injured.

Being injury-free is an underrated strength in running, and sometimes taken for granted. But to Bayani, it is one of his secret weapons. After all the miles of running he made, he was proud to say that he has not gotten his self any major injury except for his pinky toenail that fell off last Century Properties Ultramarathon. So he’s been experimenting taping his toes so that he would not get the same injury he had last year.

Darkness is an advantage

One of the common strategies of ultra runners is to run conservatively at the first part of the race so as not empty out the energy tank early on. But for Bayani, his strategy will be to cover as much distance during the night and dawn time, which is the early part of the race; so that when the sun is up and heat strikes, his distance to the finish line will be much shorter.

As much as possible, he will be running whole throughout the race. He prefers to jog than walk. And, if he need to walk, he will limit it to 40-60 seconds.

He said that he is not the type to go into speed burst to chase after runners. When he race, his main goal is to beat the the target time he aimed. Overtaking runners ahead of him is already a bonus.

Can he set a hard-to-beat course record?

So I asked him what is his target time for his first 160KM.

Eighteen (18) hours will already be too long for him was his reply. He is aiming to finish it in 16 hours. Worse can be not more than 18 hours.

Same with his preparations, there is nothing fancy about his hydration strategy.

Assorted candies and slice breads are what he keeps with him through ultra races. No energy gels and power bars. He said that he does not really eat much during the race day, but he would really make sure to carbo-load the day before the race. 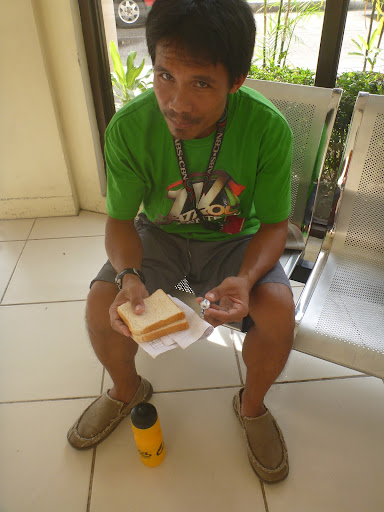 sweetly-fueled. left-over from his earlier run

On race day, candies serve as his secret weapon to drive away the uncomfortable-ness and sleepiness. Slice breads, and whatever he could find from the aid statrions, are for when he’d feel a pang of hunger. (Trivia: XO candies are his favorite.)

So what is the magic formula?

One of the things that I wanted to know when I talked to runners is their secret formula. But talking Bayani about running, in and out, there is just no secret formula I can squeeze from him.

Maybe except that he has a supportive family. It helps that his wife is also into ultra running, and his kids are into running too. One of his kids already ran a marathon (CCM 2012) at age 13.

Having a wife and brothers who go all-out in support of him probably makes it easier for him to give his all during the races.

And, here’s a no-frill cheers to Bayani Alvarex — Finish it with a smashing time! 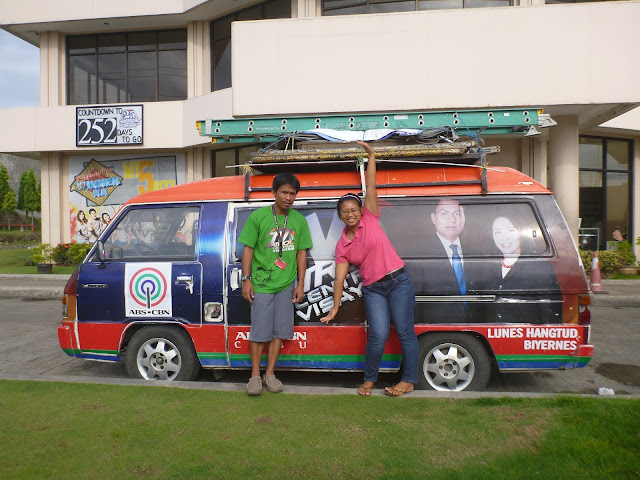 at ABS-CBN compound where he worked.