Because reporting about the top placers of a running event is cliche, I’ll give you, instead, snippets of the actions at the back of the pack. After all, there will be no winners without them.

So I’ll start with myself. I gave myself a maximum of four hours to finish the 21 KM Aloguinsan Eco-Adventure run because of its unpredictable route profile, and also to give time for me to gush over the scenery and sing,

along the way. You were probably humming this song at one point of the run. 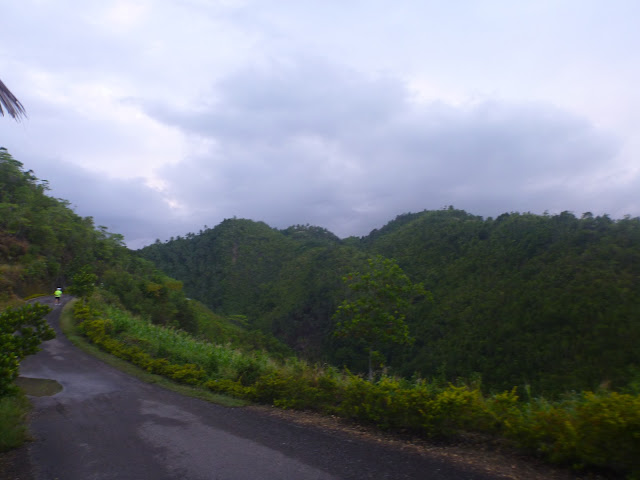 And, yes, it’s not easy to achieve this 4hrs/21KM pace. I need to run it like I was running for a mayoralty position — meet and photo op with the people on the sidelines. I failed, and finished it instead at 3:30 hours. Partly, I blamed it to a surprise pacer, Jieter, at the last 2KM.

I perfectly blend in. =)

If I looked like trying hard to run for mayor, it seemed that Ma’am Femmy is the current mayor or a politician of Aloguinsan. All the marshals, the water station crews, and the people on the side were calling her “Ma’am,” and were cheering for her. So after passing 2 or 3 water stations, I could not help but ask who was she. That’s when I found out she was a teacher.

I was awed at her when she told me it was her first 21KM. First half-marathon on a trail is definitely a winner!

Mervin and his Leading Ladies

From a far, I could see a guy taking a pic of 2 ladies, and I just got the feeling that it’s Mervin. The first time I saw him on another on/off road race, it was exactly in that kind of situation — he and Helen were busy taking pics of the beautiful scenery at Q Park, Compostela.

I tag along with their group, Mervin and Helen of MRC, and Susana of TAD for a few KMs as it was just fun goofing for pics with them and chitchats in between. They were extra slow at that time as Mervin was suffering from plantar fasciitis.

It took 20KM for his plantar fasciitis to get him down and out of the race, and for that he’s a winner together with his leading ladies: Susana of TAD who had her 1st 21KM, and Helen who got into running straight to 21KM to support Mervin.

The BareDevil and the Muse

The couple, Sam and Mickay, were very quite fast for someone who looked like they were just sashaying during the race. It was only somewhere in 16KM when I lost them from my sight, which I think because Sam was adjusting to going barefoot for the first time on a 21KM. Going through a rough road then to the hot paved road was probably a challenge to Sam’s bare feet that they had to slow down in the last stretch.

These 2 make the T in IGAT (runners club) means TOUGH!

I thought I’d no longer met any runners along the way when I bumped into these 2 fighters.

The girl was having gas pains thus she looked really in pain when I saw her. While, the guy was having the usual runner’s “strongwilled” attitude aka stubborness, running despite knowing they’re injured. I guess the call of Aloguinsan’s nature was just too hard to resist. While others may look for different reasons just so they could excuse their selves from running or doing any activity, some runners would find different reasons just so they could escape the excuses.

Despite the odds, these 2 manage to finish strong, like nothing happened to them.

At the last few meters to the finish line, I was tailing a girl in an orange singlet. When a guy approached him, they hugged. I think the girl cried when she saw the guy. It was such a sweet heartwarming sight. I wish I was fast enough to catch that very moment they hugged under the rain.

And, now to the podium winners. Not the one below. I will tackle the podium finishers on the following part.

rain or shine, everyone’s excited for the announcement of winners!

I vowed to myself that I would play the perfect part of being a “reporter” for runroo, so I stayed and went through the awarding ceremony. I was so good at documenting in pictures all the winners even when they stepped down from the podium stage, but I failed to note their names. Boo me!

So following are the random moments I could pull off from my memory bank during the awarding of top winners of Aloguinsan Eco-adventure run.

In the 21KM female category was a showdown between the sexy and young ones. With the young ones dominating the top 3 positions, while the sexy ones perfectly fitting the supporting cast roles.

The 21K Male Category was topped by a Kenyan, Francis.  Second went to Bonifacio and 3rd to Jieter.

The Kenyan, Francis, and Bonifacio in a fun moment when they tried to give in to the crowd’s plea for a KISS.

Other placers I will mention are Demet “Manny Pacquiao” Alvarez and Gio Garces as they’re (some kind of) my neighbors in Consolacion. Woottyy!

If we knew nothing about them, the top 3 winners of the 10K female category of Aloguinsan Eco-adventure run looks like a perfect family picture. Third place went to Merlita Dunkin who was still fresh from a win at Mt. Kinabalu International Climbathon. The  2nd placer was an 8-year-old girl.

When the father of the 2nd placer was asked what was his daughter’s secret, he replied that his daughter walk / run every day to school.

For the winners of the 10K male category, I’m only familiar with Alvirg Busa who bagged the 3rd place.

It was a surprise to see Michael Largo topping the 3K male category. I mean it’s not a surprise he won as he’s a frequent winner of weekend runs in Cebu City.

It’s a surprise that he’s from Aloguinsan, which means there is hidden running talent in the people of Aloguinsan. Hopefully, the Aloguinsan Eco-adventure run stirred up that hidden talent. So by next year, the locals will rule in all the categories.

It is said that Aloguinsan Eco-Adventure run will be an annual event. You might want to include this in your running list the following year. For the mean time, you can check their Facebook event here >>. 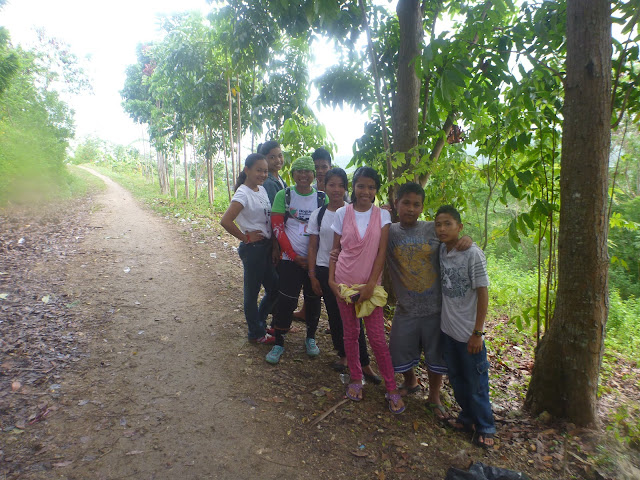 Or you are free to go any time to Aloguinsan, you can both enjoy mountains, sea, and river. For me, I want to go back again to see their organic farm.

More info about different activities you can do there at their Aloguinsan official website. 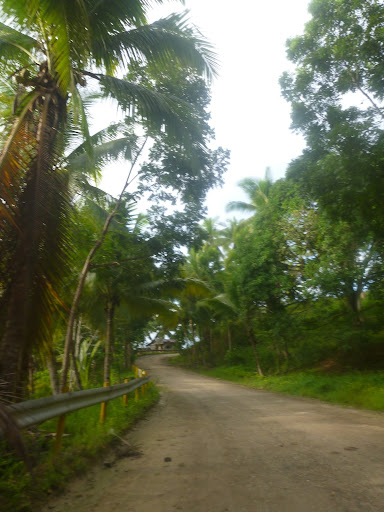 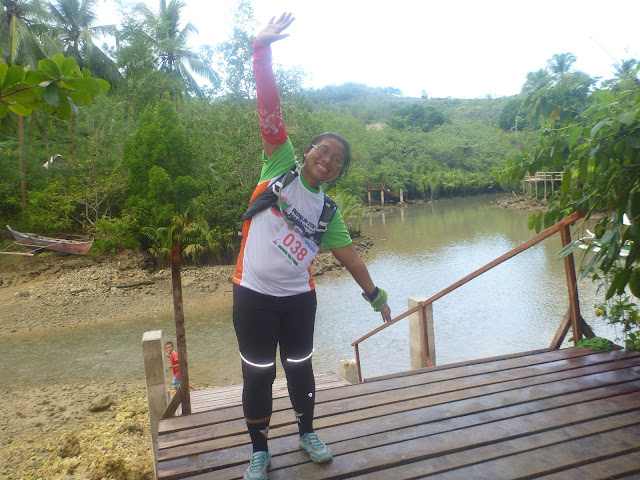 Bojo River at the back, part of the route 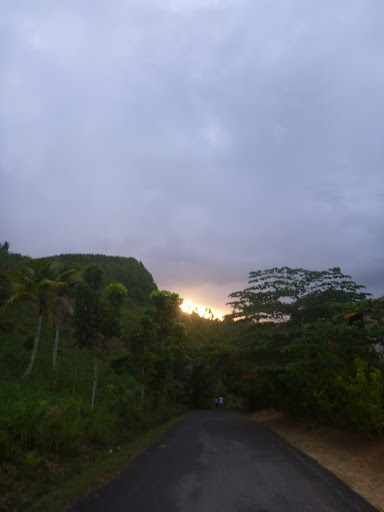 The color of the peeping sunrise was just beautiful. I wish I was able to give it justice.

2 Responses to Behind the Scene: Aloguinsan Eco-Adventure Run