If I had to summarize the different secrets of the Kenyan runners narrated in the book, “Running with the Kenyans: Passion, Adventure, and the Secrets of the Fastest People on Earth

It’s not enough that you are financially poor (emphasis on “finance” as definitely they are rich on other aspects), you must also live in a poor neighborhood where no moneyed kind-hearted people or celebrities giving away shoes or slippers. This way you have no choice but to move around on your bare feet.

Your neighborhood is so poor, even politicians cannot afford to pave and cement your road during election time, which leaves you with nothing but dirt road to pound on.

And to make the situation worse or to add a beautiful background, your poor neighborhood should be located in some mountains, with some degrees of altitude above sea level, so that aside from walking bare feet on unpaved dirt road, you also have to be panting while enduring the uphills. As they would say, “adding altitude to attitude.“

Then, be deprived of beautiful celebrities prancing on TV. Watching TV may be limited to nothing but running events from Olympics to popular races around in the world. This way you will be conditioned that running is the key to rising above the ground. That there’s no need to be Derek Ramsay or Anne Curtis to be cool.

Cool is that fierce look! (Photos taken from the Net)

And, if you’re a Cebuano, you would probably give up when you’d learn that after all those hard-work, moving on your bare feet panting your way up to the mountains, you still don’t earn the right to eat lechon.

But the great part of being a Kenyan runner is that you have the right to be a bum. Athletes don’t need to work for a job because their routine would be eat, run, and REST/sleep. REST is a serious business for them.

And, to remain successful, some champion Kenyan runners strive hard to maintain their poor lifestyle as it’s observed that once they are exposed to a privileged life, somehow their performance would degrade.

But on a serious note, following are the secrets of Kenyan runners revealed by Adharanand Finn, after six months of training with them, on his book “Running with the Kenyans: Passion, Adventure, and the Secrets of the Fastest People on Earth

“In the end there was no elixir, no running gene, no training secret that you could neatly packaged up and present with flashing lights and fireworks. Nothing that Nike could replicate and market as the latest running fad. No, it was too complex, yet too simple, for that. It was everything, and nothing. I list the secrets in my head:

Looking at the list, certainly, there are no secrets as they are all doable. Except maybe for the following statement of Dr. Yannis Pitsiladis, a bioligist at the University of Glasgow, researching about what makes African runners very fast, also quoted from the book:

“The hunger to succeed.”

Lucky or not, we, Pinoys, always have other options and alternatives to take in making our lives’ better. While for Kenyans in rural areas in their country, running is their major ticket to a better life. Thus, when they decide to become athletes, they dedicate their life to it.

“That’s because they want it more than you. When they see a hill, they see it as an opportunity. An opportunity to train harder, to work harder.”

Their way of life and community since childhood have only not develop their running “machine” to its full potential, but it also give them mental toughness to endure and win the tough races. As Mahatma Gandhi’s saying goes, “Strength does not come from physical capacity. It comes from an indomitable well.” And, I guess Kenyans excel because they both have the physical capacity and the indomitable well.

On our Pinoy Athletes

After reading Running with the Kenyans: Passion, Adventure, and the Secrets of the Fastest People on Earth

, I have a new-found respect for our weekend elite runners as they have to juggle work and training. Somehow, I now understand their qualms that it is not easy for them to match the Kenyans level of running as they need to work. But on the other thought, I’d like to see that we, Pinoys, are taking this disadvantage as a positive push to do better.

Following are some quote-worthy statements from the book:

On barefoot running of Kenyans:

“In the West we put children in shoes before they can walk. What are we teaching them? We’re teaching them that the ground is dangerous, that they need to be protected from it. But Kenyan children can feel the ground, so they have a better relationship with it. They learn to place their foot carefully when they run, so they don’t hurt themselves. They learn to land gently, lightly, gliding over the earth rather than pounding it.”

On what drives people to run:

What really drives us is something else, this need to feel human, to reach below the multitude of layers of roles and responsibilities that society has place on us, down below the company name tags, and even the father, husband, son labels, to the pure, raw human being underneath. At such moments, our rational mind becomes redundant. We move from thought to feeling.

After a run, you feel at one with the world, as though some unspecified, innate need has been fulfilled. 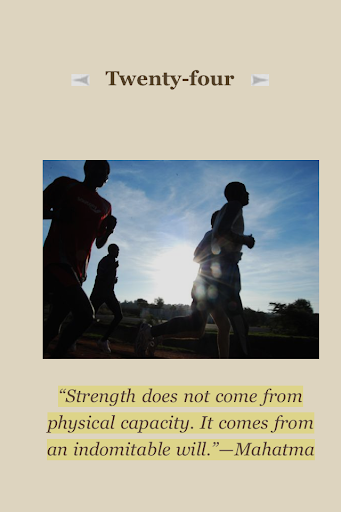 You can find a good summary/overview of the book here >>.

Rose Buenconsejo is an ultramarathon runner mom-of-three, who loves pounding the trails of Cebu, Philippines. She also writes ‘thoughts from the foot’ at rawsole.com.

View all posts by owrange →