As I was roaming around Abellana (Cebu City Sports Complex) Oval Track, waiting for someone from Milo Marathon Cebu 2012 organizers, and waiting for the “elite” runner I was going to “interview”, when I found myself entertained by these young boys sprinting around the track.

Yes, it was my first time to be in the famous Abellana oval track so seeing these mini elite runners was new to me. And, I can’t help but be amazed how they can maintain gracefulness and speed at the same time. 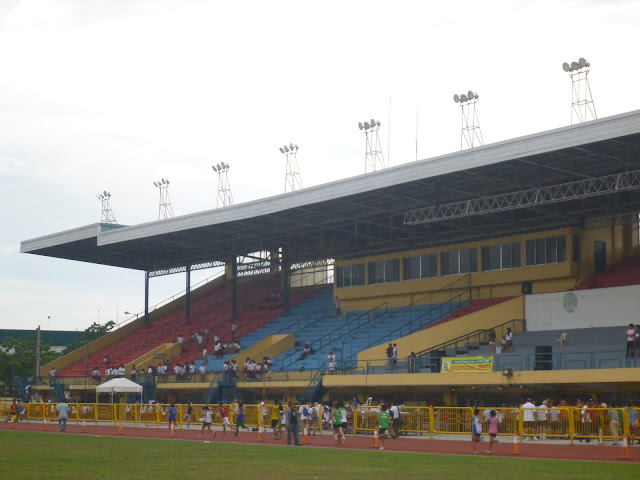 I asked one of them who was in the middle of his drill if he’ll be part of the Milo Marathon Cebu leg 2012 this coming Sunday (October 7, 2012). He said yes, and I then found myself surrounded by these mini elites. So I had a quick chat with them, asking them their target finish time, their biggest wins, and random things about running. 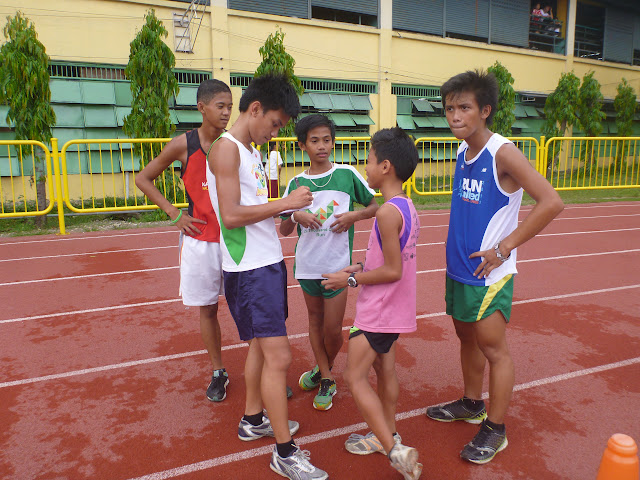 I asked them if are they the bets of Cebu City to top their category in Milo Marathon, to which they said no. But hearing about their PR’s for 5KMs to be below 20 minutes, and below 12 minutes for their 3KMs, I was dumbfounded for a few minutes. My idea of fast runner is someone who can ran 5km in 30 minutes. And, here I am surrounded with young boys who can run faster than 20mins/5km and still they don’t consider themselves elite. How my ideals were shattered! Anyway, I won’t bore you with my elite dilemma. 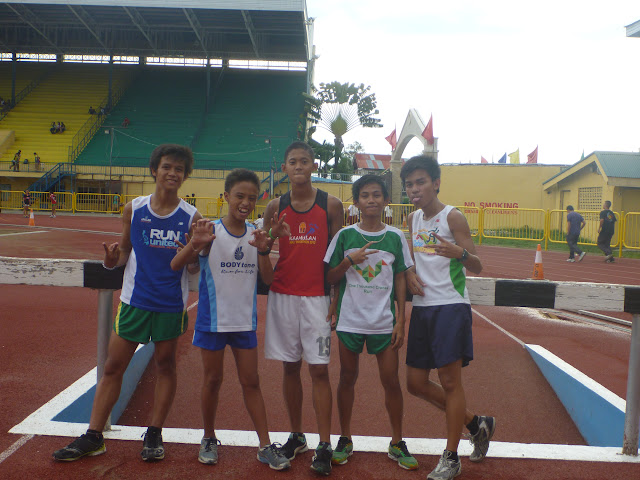 Their target times for their 5K this coming Milo Leg Cebu 2012, from left to right:

Rozel Ardiente (not in picture) – 17 minutes

Among them, Kierl Jie Emnace is their bet to have a big win this coming Milo Marathon Cebu. They’re also not new to joining and winning fun runs on Sunday. Emnace’s latest win was the 3K Sonshine Radio. Doquiatan got 3rd place on the 6K category of the VCMC sponsored run. Borinaga was a placer in the Go Run 1K category.

I learned that they’re all under the coaching of Elberto Banzon. They were proud to share that their coach can beat Kenyans, and that he had run Boston Marathon. 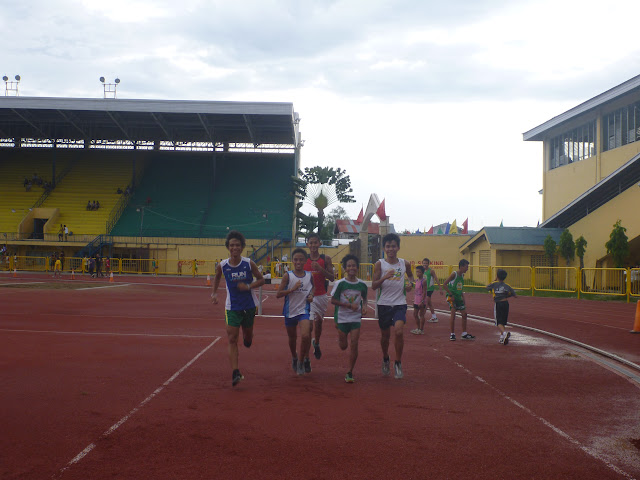 I asked them what do they see themselves in the future, to which they answer in unison is to run the London Marathon. It must be because of the recent London Olympics. 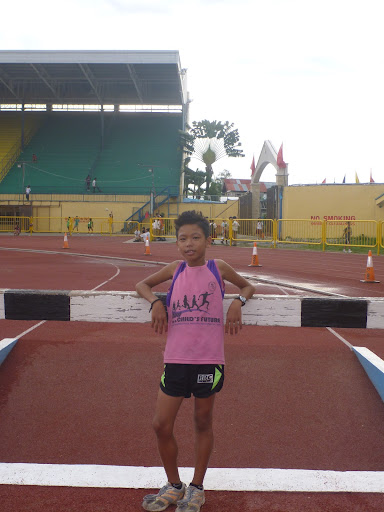 This boy, Joseph Lauren, I asked who is the athlete he looked up to. Without a blink, he blurted out Mary Grace delos Santos.

He placed 4th in the 3K category last Maternity Run. Basing on his finish time of 11:55 minutes from that run, he targets to finish the Milo Marathon 3K category in 10 minutes.

I asked them how they ended up in running, and why are they running.

Some of them answered that they were amazed by the elite runners. So they tried out running to see how fast they can go, until running just became part of their selves.

One said that he’s hoping to get a scholarship through running.

While, Joseph, the youngest, said that running lets him contribute to their family’s finances. He happily shared that after he’d win in fun runs, they would usually go to the grocery.

To their Milo Marathon quest and beyond, best of luck to them! Make Cebu and delos Santos proud, boys!

I never got to meet the “elite” runner I was supposed to meet, which was my fault. I should have noticed that these type of runners don’t bring hydration with them on training/runs, how much more a mobile phone. And, I should have known that Abellana oval track has a human traffic volume equivalent to that of a mall in the afternoons that meeting someone without being specific exactly where is bound to not happen.