Will it still be another Cebuana?

Melinda Ponce, a legendary in the Cebu running community, got her first ultramarathon championship title during the inaugural of The Warrior 50K Ultramarathon in 2011. Just a week before she passed away, she was also the first placer in an ultra trail race.

I was new to running when I first saw her in person. She gave a talk in a Friday night run hosted by the UNGO Runners. She just won the The Warrior 50 at that time. I was a bit surprised to see that there was nothing extra special in her physically; she did not look like a typical frontline elite runner.  I guess that made her unusual and more inspiring as it’s NOT hard to see ourselves or our friend’s mother in her. She was unassuming in saying there was no magic behind her being good in running. It was simply hardwork.

(More stories about her at Haide Acuna and Max Limpag’s blogs.) 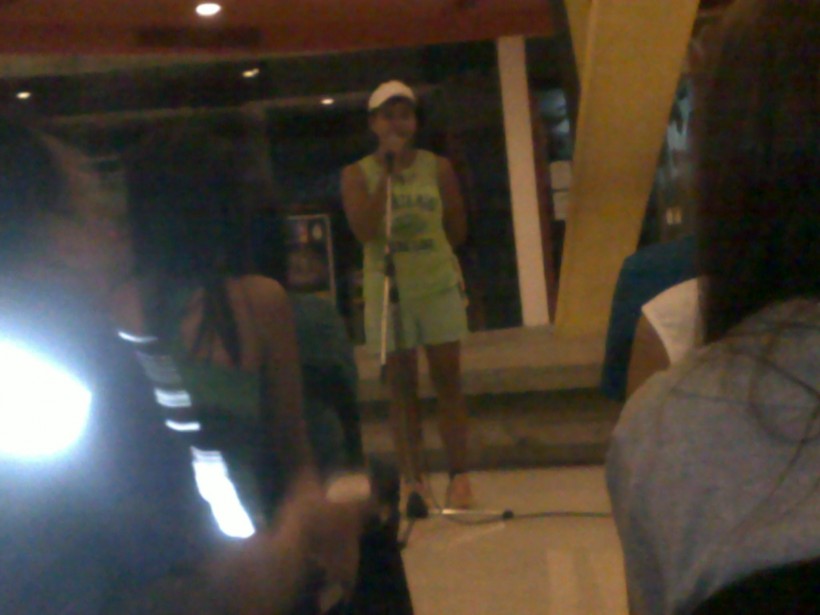 The photo I managed to take during her UNGO talk.

So in the second year of  the BE Warrior 50,  the Woman Warrior who gets the championship throne of a legend is someone to look forward to.  The population of women in the ultra running community is quite small, but with not one consistent name of a champion in recent ultra races, it’s hard to pinpoint someone who can grab the  The Warrior championship.

Going through the official list of female participants (thanks to Jonel Mendoza for the help), here’s Runroo’s rundown of a possible heiress.

Odiza “Jade” Abellana
She is a friend and a sister of a friend, so you could say we’re bias here. She often tops ultra races, but her winnings seem to be always like that of a supporting cast. However, her  2nd place finish next to Christy Tutor during the Bohol Marathon, where she managed to outdistance Merlita Dunkin for the first time, undeniably shows that the champion’s podium place can be hers soon.

I guess a little tone down on her fashion poses during the race, and she could be the champion. 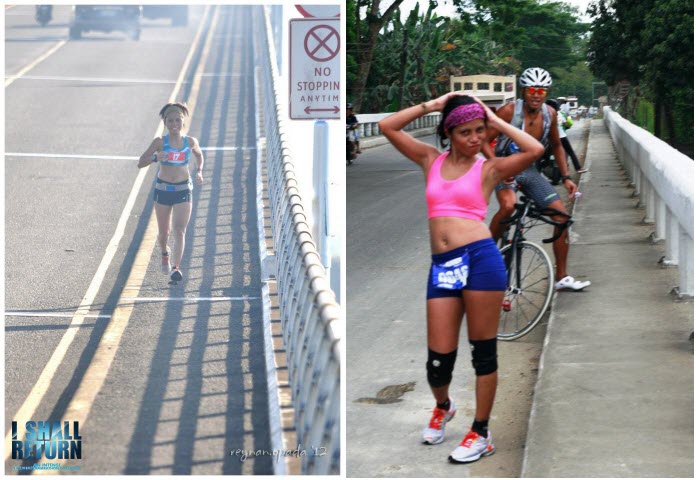 4th place in “I Shall Return,” 3rd place in “Coast to Coast”
Photos by Reynan Opada and Leah Doria

Sandra Soliano
If this is a 21K race, my vote will be for her as she is also one of Cebu’s top female elite runners. But having DNF’ed in her first marathon attempt (Cebu City Marathon) due to cramps and injuries, she still needs to prove herself in longer-distance races. Redeeming her self from her CCM’s DNF could be a huge driving force for her to win the BE Warrior 50.

Plus, coming from NRRC known to have members who are beasts in ultra races, she might champion in her first ultramarathon attempt.

Kathrina Perez
It’s not because she’s sexy, beautiful and smart that we include her in this list. But Doc King is one of the female participants that holds quite a number of ultra races, which includes a 50-miler and two 100KMs, where she always managed to finish strong that we cannot just simply overlook her.

If a runner can still do a jump shot in the latter part of an ultra run, don’t be too complacent.

Rhoda Caballero-Oporto
Her name is quite a newbie in ultra races, but despite being a newbie, her performance in the last CUC 100KM Leg 1 was quite a surprise when she placed 3rd in the female category.

We’ll never know, she might pull another surprising act on Saturday.

Other female runner participants to look forward to are Charito Montealto who won the One Ultra Negros 50KM last April 2012, and Madeline Bedolido who was 9th placer in the last Kawasan Falls Marathon.

In the male category, the names of Jieter Bada (CUC 100KM Leg 1 Champion), Noel Tillor (defending BE Warrior champion), Demetrio Alvarez, and Paul James Zafico provide a good mix of different personalities of runners that will make us sit on the edge. 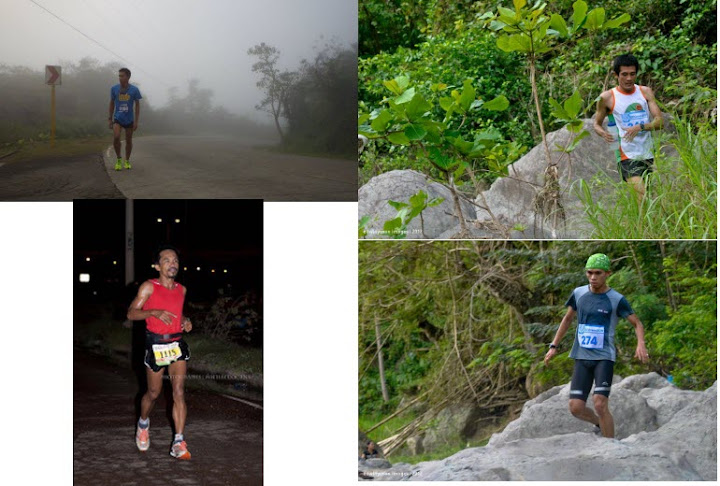 To all the The Warriors, especially to the 1st-timers, be a LEGEND! If the going gets tough and sticky and you feel like giving up, just think:

What would Melinda Ponce do?

How about you, who are your bets? Please share them with us.

View all posts by armie →
Pregnant, menopausal women can run
The Warrior Ultra course records ripped; Melinda must be proud

7 Responses to The Warrior 50K: Who takes over the throne after Melinda Ponce?