Below is a race experience of the 2nd Pugalo Run last 2012. Read on and see the beauty of the place and people of Pugalo, Alcoy.

I love small intimate no-frills races. I guess that’s one of the things that draw me more to ultra runs and far-from-the-city races. I feel that it is in these kind of races where you will see people who run for the love of it or just for the sake of running, without expecting much fireworks and blings at the starting / finish line.

So 2nd Pugalo Trail Run was my first 15KM organized race run. It’s the kind of no-frills, small town locally organized runs which was hard to resist and Mark is a big fan of. So by 2 a.m., we left home, picked Joseph because we’re going to check the Mantalongon, Dalaguete – Vegetable Highway after the run. Mark and Joseph plan to bike it, and maybe also do some trail runs later.

We had a quick breakfast/carbo loading at Maria’s batchoyan at Dalaguete before heading to the starting line at Brgy. Pugalo — the first barangay of Alcoy from the border of Dalaguete, Cebu. 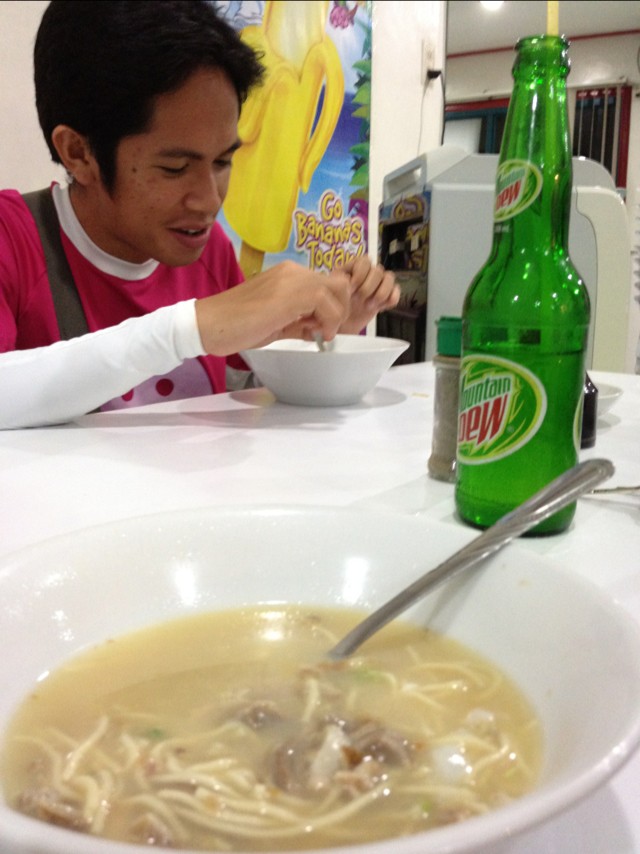 We’re quite early at the starting line of the 2nd Pugalo Trail Run, and so I witnessed the different sets of participants that were one by one arriving. There were the usual elite / pro podium-finishers runners, the familiar faces from different running groups (Ungo, PH Adiks, TCRC, Pentax Runners, etc), the locals, lots of kids, and us. It was also nice to see girls from the recent All-Women Ultra. It just shows we, girls, can rock it at any kind of race! 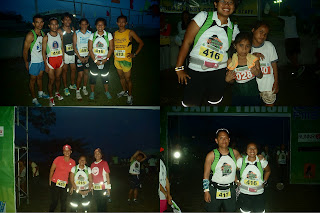 And so I wish I could describe my performance as short and sweet. But it was not at all quick. It was sweet but not before going through a few rough patches.

As usual, I was at the tail’s end of the small crowd of runners. There’s nothing new to it because I’m always at the very back of the pack in any race events. But it just felt a bit off when I was tailing behind little kids. 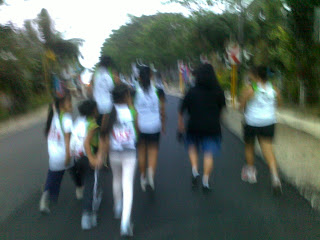 And, when I just started climbing the uphill, this 12-year old boy was already on its way back to the finish line. This boy had a very big smile on his face like he’s having the time of his life while I was all worries. This race maybe small but it definitely was intimidating for me. 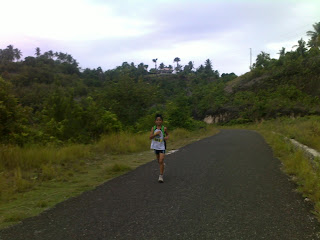 As usual, when I got edgy on races, the trick I learned is to pause and look around. Seeing these kind of view never fails to calm me down. 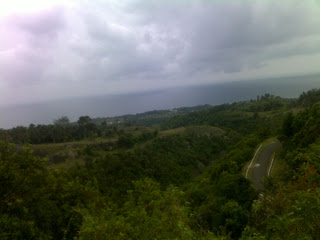 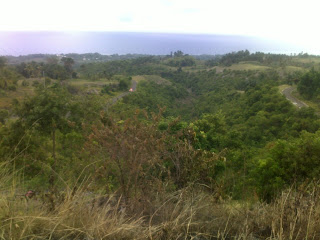 So at the turn-around, I let go and just enjoy this short run.

On the way back, I just made quick chitchats with the support station crews. They were such a bunch of sweet girls! I was telling them that I hope to see them running the race next year. 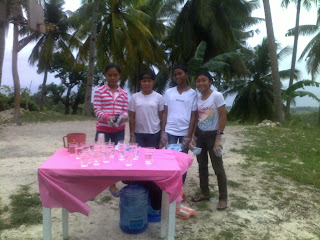 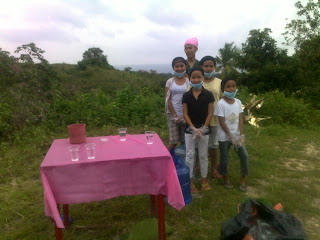 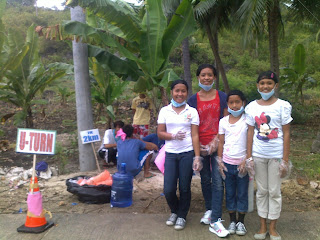 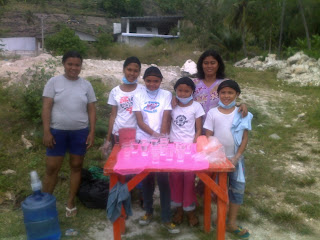 When I got back to the main highway / road, I sped it up thinking that it was the last stretch but I was surprised that there was another detour to a trail. I was already planning my finish line pose when the race marshal stopped me, and signaled me to detour to some dirt road when I only had some 200-meter worth of energy.It kind of destroyed my last stretch momentum. 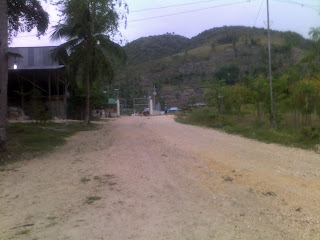 To get me off from panic mode, a quick pose with the marshals always does the trick. 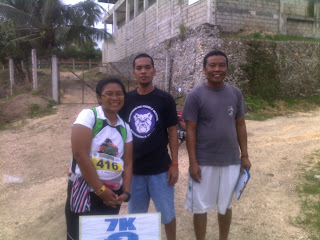 Though I was being beaten by kids, it was still a sweet finish for me. I was and am a proud Top 30 finisher of the 2nd Pugalo Trail Run (March 18, 2012). Medals were given away to the top 30 male and female finishers. And, yes I was one of the top 30 females who crossed the finish line! There were actually only 18 female participants, and I was the 18th finisher! Next year, I’ll definitely defend my standing!
**
Featured photo by John Domingo.

By Rose Buenconsejo, an ultramarathon runner mom-of-three, who loves pounding the trails of Cebu, Philippines. She writes ‘thoughts from the foot’ at rawsole.com.